Bacteria are single-celled organisms that outnumber the cells in our body 1.3:1, but they’re not all out to make us ill. The human body is filled with “bad bacteria” AND “good bacteria”, and maintaining a proper balance is an essential part of our overall health. You’ve probably heard “good bacteria” called probiotics – a word that gets thrown around a lot in health food stores and fitness circles. Believe it or not, without the billions of good bacterial cells in our body, we wouldn’t be alive today, so understanding a bit more about this bacterial balance is probably wise. 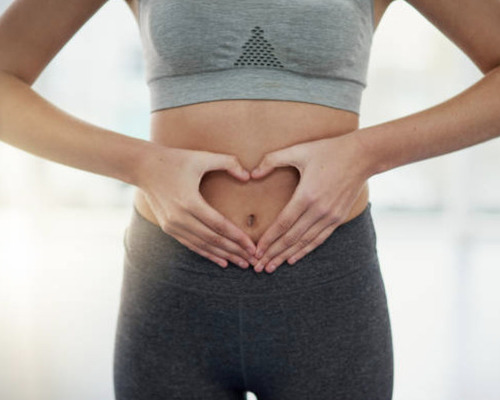 What are Bad Bacteria?
Bad bacteria are the ones who are up to no good. They are more about ‘I want to multiply in number and make you sick and then use your body to spread multiple copies of me into the environment’. These bacteria can affect a variety of organs or organ systems, and their ways of entering the body also varies (through food, water or the air that you breathe). In most cases, these bacteria can be knocked out from our body by using antibiotics. Antibiotics are drugs that either kill or inhibit the growth of the microorganism.

What are Good Bacteria?
Good bacteria are basically the group of microorganisms that do not mean any harm to our body. They are often termed as probiotic and only affect their host (in this case, humans) in a beneficial manner. These microorganisms provide us with essential nutrients and also help us in protecting the body from infections.

Where are Bacteria Found in the Body?
The quick answer is…. everywhere! But in reality, bacteria in the body is concentrated in three places: the mouth, skin, and gut. It can be found in other places, but these are the most common, and the ones worth examining.

Oral Bacteria
Bacteria in the mouth is largely a result of what we eat, and what we leave between our teeth. “Bad” oral bacteria commonly comes in the form of Streptococcus mutans, Porphyromonas gingivalis, and Tannerella forsythia, while the good varieties include S. sanguinis, Actinomyces naeslundii and Veillonella dispar. Having too many bad bacteria in the mouth can lead to gingivitis, plaque build-up and a range of other oral diseases, but having too few good bacteria is also dangerous. Again, as mentioned, a bacterial balance must be struck for optimal health.

Skin Bacteria
The skin is the body’s largest organ and is the barrier between external pathogens and the body. There are roughly 1,000 species of bacteria commonly found on the skin and hair follicles, most of which are harmless or mutually beneficial. Good bacteria on the skin (Staphylococcal epidermis) can help prevent bacterial infections from occurring by protecting the surface area of the skin from outside bacterium. For example, good bacteria can prevent pathogenic organisms from colonizing the skin by secreting chemicals, competing for resources on the skin, or stimulating the skin’s immune response
against the invader. In exchange, the healthy bacteria have a place to live, and we don’t have to suffer through dermatitis, acne, rosacea or any other skin infection.

Bacteria in the Digestive System
The human gut is home to a huge range of microorganisms, most of whom enjoy the ideal temperature, acidity level and nutrient supply of the human body. The benefits of bacteria in our digestive system are incredibly important. Without them, we would be unable to digest our food, synthesize certain essential vitamins, absorb water, and fend off the dangerous bacteria that often try to attack our gut. Some of the most important good gut bacteria include Lactobacilli, Bifidobacterium
and Caulobacter. In the stomach and digestive tracts, the most populous pathogenic bacteria include Salmonella, Clostridium, and E. coli. Food poisoning is probably the most common symptom of a bad gut bacteria taking control, but if you have enough beneficial bacteria in your stomach, you should be able to recover quickly.

Keeping the balance between “good” and “bad” microflora in this part of the body is especially important. The beneficial bacteria found in the digestive system are called probiotic bacteria, and there are also a number of foods that contain probiotics to improve your bacterial balance. Probiotics are lactic-acid producing microorganisms that are often used to make certain food products, such as fermented milk, yogurt, kombucha, sauerkraut, miso and soy. If you increase the amount of probiotics in your diet, you can neutralize harmful bacteria in the gut and reduce symptoms of diarrhea, inflammation, nutrient deficiency, cramps, constipation and bloating, as well as more serious stomach conditions and diseases.

How to Keep the Balance
In the past few decades, we have become an increasingly “sterilized” society. For example, antibiotics can destroy both good and bad bacteria, ultimately weakening our immune system and making pathogenic bacteria more adaptive and difficult to cure. It has become quite common for parents and doctors alike to turn to antibiotics, as they are inexpensive and proven methods to treat infections, but that doesn’t mean it’s a good thing in the long run. Our hand sanitizers and intensely hygienic modern world has made it harder to have a diverse and balanced gut ecosystem.

Additionally, our diet has a significant impact on the bacteria in our bodies, but a diet high in artificial sugars, excess starches and vegetable oil can harm that balance. As more and more processed foods enter our cultural habits, the more susceptible we are to infection and poor health. Combine that with harsh, chemical cleaning products and heightened stress levels, and there is no surprise that we are seeing a sharp increase in gastrointestinal conditions like Crohn’s Disease and Celiac Disease in recent years.

Furthermore, our bodies develop tolerances and antibodies based on the bacteria that we are exposed to, largely in our early years. Research has shown that children playing in the mud, eating dirt and generally exposing their immune systems to a wide range of bacteria helps them have a stronger immune system as they age. Modern cleanliness and germ-obsessed behavior has robbed the past generation of those bacteria base-building experiences. At the end of the day, if you want to protect the health and wellness of your whole body, you should start with the stomach. Estimates actually put about ¾ of our immune system activity in the gut and digestive tract, particularly in relation to keeping us healthy. Not only that, it is strongly believed that the bacteria in your gut can even affect your metabolism, hormonal levels, and mood. Keeping that balance in the eternal battle between “good” and “bad” bacteria is a lifelong journey, but one that is extremely important!

When to go to the Emergency Room

Causes and Prevention of Food Waste
back to articles