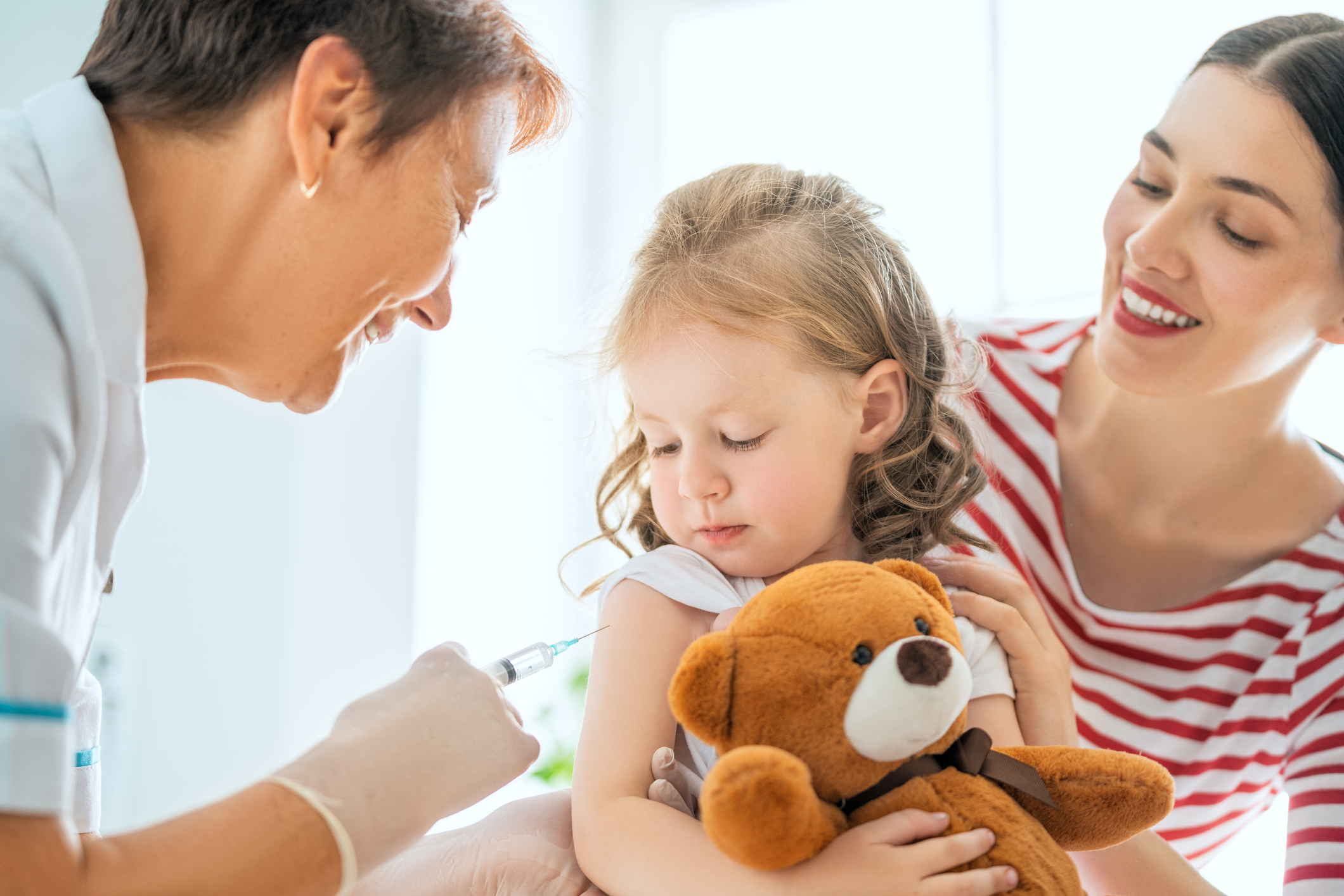 Did you know that there are 14 vaccine-preventable diseases humans can be protected from before the age of 2? Thanks to vaccines, many people have forgotten about a long list of diseases due to their effectiveness in protecting the population. Let’s take a look at these 14 diseases that used to be very prevalent.

1   Polio is a crippling and potentially deadly infectious disease that is caused by poliovirus. The virus spreads from person to person and can invade an infected person’s brain and spinal cord, causing paralysis. Polio was eliminated in the United States with vaccination, and continued use of polio vaccine has kept the country polio-free. However, polio is still a threat in some other countries. Making sure that infants and children are vaccinated is the best way to prevent polio.

2   Tetanus causes painful muscle stiffness and lockjaw and can be fatal. Parents used to warn kids about tetanus every time we scratched, scraped, poked, or sliced ourselves on something metal. Nowadays, the tetanus vaccine is part of a disease-fighting vaccine called DTaP.

3   The Flu (Influenza) is a respiratory illness caused by the influenza virus that infects the nose, throat, and lungs. Flu can affect people differently based on their immune system, age, and health. Flu can be dangerous for children of any age. Symptoms in children can include coughing, fever, aches, fatigue, vomiting and diarrhea. It’s important to know that children younger than 6 months are more likely to end up in the hospital from flu, but are too young to get a flu vaccine.

4   Hepatitis B is spread through blood or other bodily fluids. Worldwide more than 780,000 people per year die from complications to Hepatitis B. It’s especially dangerous for babies, since the hepatitis B virus can spread from an infected mother to child during birth. About nine out of every ten infants who contract it from their mothers become chronically infected, which is why babies should get the first dose of the hepatitis B vaccine shortly after birth. All pregnant women should be tested and all babies should be vaccinated.

5   Hepatitis A is a contagious liver disease and is transmitted through person-to-person contact or through contaminated food and water. The hepatitis A vaccine was developed in 1995 and since then has cut the number of cases dramatically.

7 Hib (or its official name, Haemophilus Influenzae type B) isn’t as well-known as some of the other diseases, thanks to vaccines. Hib can do some serious damage to the immune system, cause brain damage, hearing loss, and in severe cases, death, mostly affecting kids under five years old.

8 Measles can be contracted by being in a room where a person with measles has been, even up to two hours after that person has left. Measles is very contagious, and it can be serious, especially for young children. Anyone who is not protected is at risk.

9 Whooping Cough (Pertussis) is a highly contagious disease that can be deadly for babies. Whooping cough can cause uncontrollable, violent coughing, which often makes it hard to breathe. Its “whooping” name comes from the sharp breath intake sound right after a coughing fit. In babies, this disease also can cause life threatening pauses in breathing with no cough at all. Whooping cough is especially dangerous to babies who are still too young to be vaccinated.

10 Pneumococcal Disease is caused by bacteria called Streptococcus pneumoniae. It may cause ear infection, sinus infection, pneumonia, and meningitis. The germs can invade parts of the body—like the brain or spinal cord—that are normally free from germs.

11 Rotavirus is contagious and can cause severe watery diarrhea, often with vomiting, fever, and abdominal pain, mostly in infants and young children. Children can become severely dehydrated from the disease and need to be hospitalized. If a dehydrated child does not get needed care, they could die.

12 Mumps is best known for causing puffy cheeks and a swollen jaw. This is due to swelling of the salivary glands. Other symptoms include fever, head and muscle aches, and tiredness. Mumps is still a threat today, and the recent years, outbreaks have occurred in settings where there was close, extended contact with infected people. The MMR vaccine protects against mumps, measles, & rubella.

13 Chickenpox is a disease that causes an itchy rash of blisters and a fever. A person with chickenpox may have a lot of blisters—as many as 500 all over their body. Chickenpox can be serious and even life-threatening, especially in people, and people with weakened immune systems.

14 Diphtheria is a dangerous infection that most of us only know as an obscure disease from long ago, thanks to the DTaP vaccine babies get. It provides protection against diphtheria, tetanus, and whooping cough. While preventable, diphtheria does still exist. It can cause a thick covering in the back of the nose or throat that makes it hard to breathe or swallow. Diphtheria can also lead to heart failure, paralysis, and even death.

5 Ways to Have a Rich Christmas Without Spending More

Helping Your Child Deal With Death
back to articles