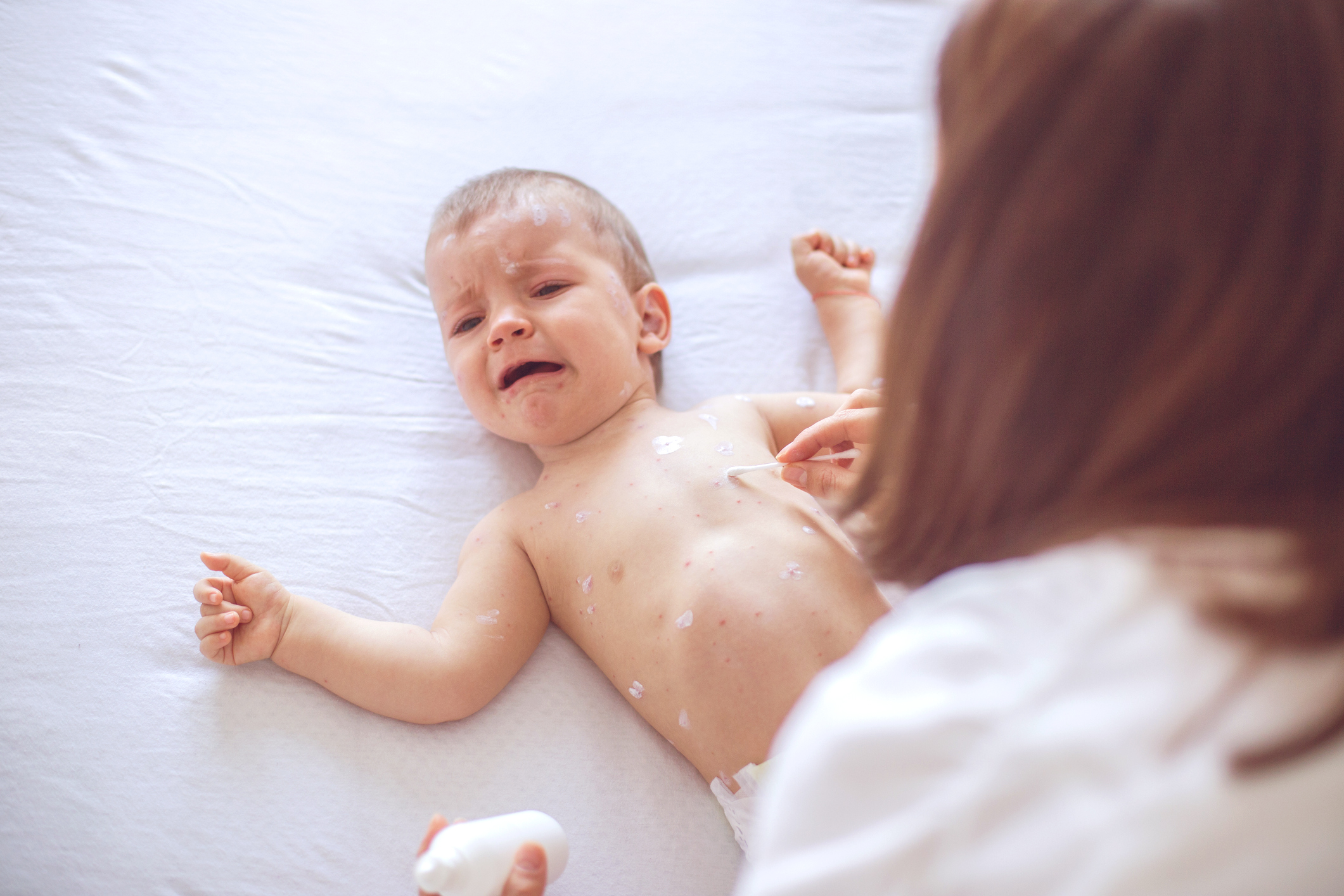 Measles is a very contagious respiratory infection. It causes a total-body skin rash and flu-like symptoms. But 20 million cases happen worldwide every year.

Measles (also called rubeola) is caused by a virus, so there’s no specific medical treatment for it. The virus has to run its course. A child who is sick should drink plenty of liquids, get lots of rest, and stay home from school or daycare to prevent spreading the infection.

Yes. Measles is very contagious. In fact, 9 out of 10 people who aren’t vaccinated for measles will get it if they are near an infected person.

How Do People Get Measles?

Measles spreads when people breathe in or have direct contact with virus-infected fluid. It can pass through droplets sprayed into the air when someone with measles sneezes or coughs. Someone exposed to the virus usually shows symptoms 7–14 days later.

People with measles can spread the disease from 4 days before the rash starts until about 4 days after that. They’re most contagious while they have a fever, runny nose, and cough. Those with weakened immune systems due to other conditions (like HIV and AIDS) can spread the measles virus until they recover.

How Is Measles Treated?

There is no specific medical treatment for measles.

To help manage symptoms:
• Give your child plenty of fluids
• Encourage extra rest
• Give a non-aspirin fever medicine, such as acetaminophen or ibuprofen if a fever makes your child uncomfortable. Never give aspirin to a child who has a viral illness.

Kids with measles should be closely watched by a doctor. In some cases, measles can lead to other problems, such as:
• Ear infections
• Croup
• Diarrhea
• Pneumonia
• Encephalitis (irritation and swelling of the brain)

Children with measles should be kept away from others for 4 days after their rash appears. For those with a weakened immune system, this should continue until they make a full recovery and all symptoms are gone.

How Long Does Measles Last?

A measles infection can last for several weeks. Symptoms usually start 7–14 days after someone is exposed to the virus.

Can Measles Be Prevented?

It’s important for all kids who can get the vaccine to get it on schedule. At-risk people (such as those with weakened immune systems) can’t get the vaccine and depend on “herd immunity.” This is when a lot of people are immunized against a disease, which prevents it from spreading and helps prevent outbreaks.

When Should I Call the Doctor?

Why Is Vaccination Important?

At highest risk during a measles outbreak are:
1. infants who aren’t old enough to get the vaccine
2. pregnant women
3. people with poor nutrition or weakened immune systems

Doctors can give an injection of measles antibodies (called immune globulin) to at-risk people who are exposed to measles. It’s most effective when given within 6 days of contact. These antibodies can either prevent measles or make symptoms less severe.

The measles vaccine may help protect women who are not pregnant and people not in an at-risk group if they get it within 72 hours of measles exposure.

The Pain is Real: Effects Heartbreak Has On The Body

Emotional or Mental Abuse -How Do You Know?