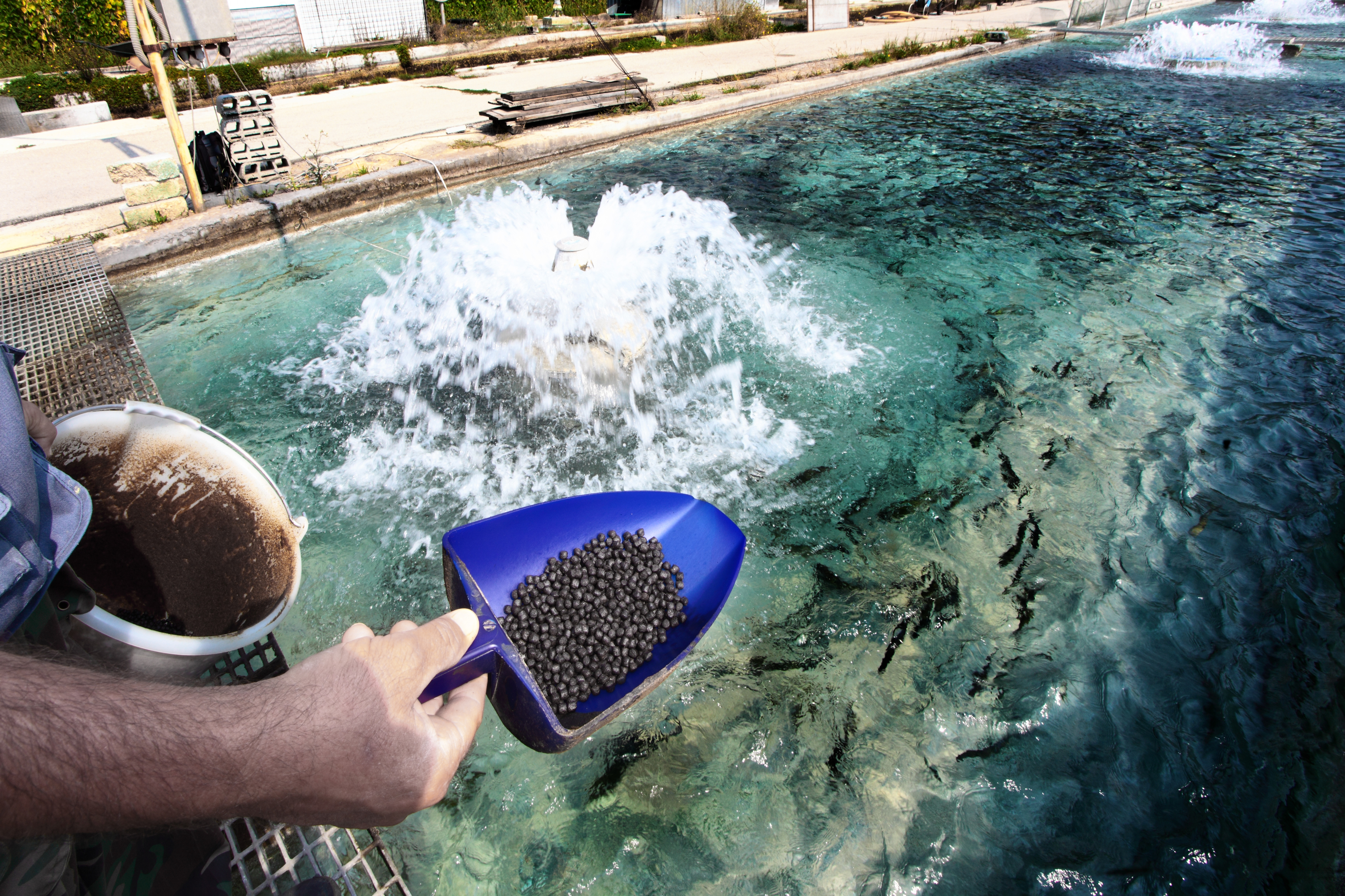 Fish farming—aquaculture—has been practiced for hundreds of years, from Pre-Columbian fish traps in the Amazon basin to carp ponds on ancient Chinese farms. Today aquaculture produces a wide variety of both freshwater and saltwater fin fish, crustaceans, and mollusks. Farmed species include salmon, shrimp, catfish, carp, Arctic char, trout, tilapia, eels, tuna, crabs, crayfish, mussels, oysters, and aquatic plants such as seaweed. Some species spend their entire lives on the farm, while others are captured and raised to maturity there.

As the stocks of wild fish began to diminish, and even before the catastrophic decline of such species as cod, sea bass, and red snapper, fish farming was seen as a way to satisfy the world’s growing appetite for healthful fish and at the same time a means of sparing wild fish populations and allowing their numbers to rebound. Today, over 70 percent of world fish stocks are fully exploited or are already overfished.

Aquaculture was also seen as a way to provide a living for thousands of farmers and fishermen who had seen their usual crops lose value and their catches disappear. And it was hoped that fish farming would help provide the protein needs of Third World populations through locally produced products. Fish farms could be located not only along coastal areas but near inland rivers and lakes, wherever water could be supplied. The fish farms’ “fields” could be large tanks and artificial ponds as well as enclosures in natural settings such as rivers, lakes, seacoasts, or the open ocean.

Today the $78 billion aquaculture industry supplies nearly 40% of the seafood we eat and is growing faster than any other agricultural sector. China is the world’s leading supplier; in 2006 it produced about 115 billion pounds of seafood, which is shipped worldwide but mostly consumed by the Chinese themselves. According to the Environmental Defense Fund, “Global fisheries exports now earn more revenue than any other traded food commodity, including rice, cocoa or coffee.”

Many of the concerns surrounding fish farming arise from the crowding together of thousands of fish in their artificial environment. Waste products, including feces, uneaten food, and dead fish, are flushed (often untreated) into the surrounding waters where they add to the contamination of the water supply. Also in this effluent are pesticides and veterinary drugs that have been used in an effort to treat the pests and diseases that afflict fish in these concentrated numbers. Such chemicals affect the entire aquatic ecosystem.

In many areas, notably China, waters are already heavily polluted from sewage, industry, and agricultural runoff. There are serious questions about the advisability of eating fish raised in such environments. Consumers in the U.S., who had been advised to eat fish several times a week for the health benefits, were dismayed to learn that highly recommended farmed salmon was found to be tainted with mercury and PCB’s.

Fish in captivity must be fed. Some species are herbivores or omnivores; species like shrimp and salmon are carnivorous and must be fed on other fish. According to Time magazine, “It takes a lot of input, in the form of other, lesser fish also known as ‘reduction’ or ‘trash’ fish’ to produce the kind of fish we prefer to eat directly. To create 1 kg (2.2 lbs.) of high protein fishmeal, which is fed to farmed fish along with fish oil, it takes 4.5 kg (10 lbs.) of smaller pelagic, or open-ocean, fish.”

In an article on bluefin tuna farming published in the San Francisco Chronicle, a seafood wholesaler estimated that it takes 26 pounds of feed to produce 1 pound of bluefin tuna; the feed consists of squid, blue mackerel, and sand eel. A staggering 37% of all global seafood is now ground into feed, up from 7.7% in 1948, according to recent research from the UBC Fisheries Centre. Some goes to fish farms and some feeds pigs and poultry. Both are examples of “reverse protein factories,” where the resources far outweigh the product.

Coastal areas worldwide have seen habitat and ecosystem alterations in order to accommodate fish farms. Mangrove forests–complex ecosystems that lined great stretches of the coasts of Thailand, Vietnam, and China, as well as those of other countries—have been destroyed to create shrimp and fish farms. These swamps helped buffer the effects of hurricanes, cyclones, and tsunamis; it is believed that the loss of coastal wetlands along the Mississippi Delta contributed to the immense devastation from Hurricane Katrina. Other agricultural areas were also affected.

The World Resources Institute estimates that “nearly half the land now used for shrimp ponds in Thailand was formerly used for rice paddies; in addition, water diversion for shrimp ponds has lowered groundwater levels noticeably in some coastal areas.”

Pests such as sea lice proliferate in fish farms and spread out to afflict wild fish. Sea lice are especially damaging to salmon, sometimes eating away the flesh of their heads down to the bone. A fish farm on Loch Ewe on the Western Scottish coast is blamed for damaging Scotland’s wild salmon stocks. Viral, fungal, and bacterial diseases that arise in fish farms have spread to native fish populations. Individual fish, often of nonnative species, escape from fish farms to compete with native fish for food and habitat resources.

Agencies worldwide have called for better management of fish farms, strict enforcement of regulations to protect consumers, more research on sustainable practices, and sharing of information on sound aquacultural practices. International, regional, and local agencies are all involved in the effort, as are agencies concerned with animal welfare, the environment, and food resource management. Responsible, sustainable fish farming is an achievable goal and one that will become an increasingly important part of stewardship of the Earth’s water resources.

What to Know About Broken Heart Syndrome

Why Dads Matter, How Fathers Influence Children as they Grow

How to Raise a Healthy Toddler
back to articles