Tuna are wild animals, but many people simply understand them as food. Using the shorthand ‘tuna’ can be a bit confusing, as it tends to cover a whole family of species, from the relatively small and widespread skipjack, right up to the majestic and beleaguered bluefin. Here’s a quick guide to the tuna species you’re likely to encounter in either the U.S. or Europe. This is not intended to encourage you to eat them, but to raise awareness of what it is that’s being served up. If you’re going to eat tuna responsibly, here are some issues you need to think about. There are about 15 species of tuna recognized worldwide, but you are likely to only encounter these five:

Albacore is a cooler water tuna, and it even ventures into waters off the U.S. west and east coasts. They have an unusually long pectoral fin and are sometimes referred to as white tuna because of their pale flesh.

Albacore tuna is often sold as solid white albacore in cans. They make up approximately 20 percent of the U.S. shelf-stable tuna market.

Albacore is mainly caught on longlines, but they can be caught with much more ocean-friendly methods, such as pole-and-line, and a similar method called trolling.

Most populations of albacore have been totally overfished. The only relatively healthy stocks are in the Pacific, but these are in decline.

Tip: Choose pole-and-line or ‘trolled’ albacore from the Pacific.

Skipjack is relatively small and the most abundant and widely-fished of tuna species. The fish can be up to a meter in length, but is rarely recognizable when served up. It makes up more than 70 percent of the American canned tuna market. Tuna chunks and flakes in brine or oil, on a sandwich, baked potato, or pizza? Safe bet it’s skipjack.

It’s a pretty abundant species, but there are still issues around how it is fished. In particular, fishing methods indiscriminately harm other species, which end up as bycatch. Most skipjack is caught using large purse-seine nets. When these are set around Fish-Aggregation Devices (or FADs, which are really just floating structures that act like fish magnets) they result in huge amounts of bycatch of other fish, as well as sharks, rays, even sea turtles, and, occasionally, whales or dolphins.

Tip: Look out for pole-and-line caught skipjack, or tuna that has been caught without using FADs.

Yellowfin are widespread and magnificently-streamlined fish. They are found around the world but mostly confined to tropical waters.

Yellowfin tuna can be found either in cans or sold fresh and frozen as tuna steaks. You may also find it in sushi. The package should tell you what species it is (if it doesn’t, don’t buy it).

Like skipjack, yellowfin are caught with purse seines, and when FADs are used, the vast majority are young yellowfin that never get a chance to breed. Another method of catching them is using longlines: lines of baited hooks that can be many miles long. This method of fishing can be very indiscriminate and responsible for lots of bycatch. Sharks, swordfish, turtles, and seabirds can all fall victim to the baited hooks.

The safest way to know that your yellowfin hasn’t come at the cost of other animals’ lives is to look for pole-and-line caught. However, there are now real concerns that populations of yellowfin have been totally overfished, and in many places, are still plummeting.

Tip: Only choose pole-and-line caught yellowfin, and eat it sparingly.

This is a big, robust fish, found in tropical waters and growing over 2 meters in length. Sadly, bigeye tuna are in trouble, with many populations plummeting in recent years due to overfishing. It’s caught in similar ways to yellowfin, and while you might encounter it served up as tuna steaks, it’s much more likely you’ll find it served as sushi. It is one of the two species known as ‘ahi,’ along with yellowfin.

Unfortunately, even canned chunk light tuna may contain bigeye. This may actually be because juvenile bigeye are being caught in purse seining nets alongside the smaller skipjack. Catching juvenile tuna, from threatened or overfished stocks, is a big problem because they are caught before they have had chance to breed. 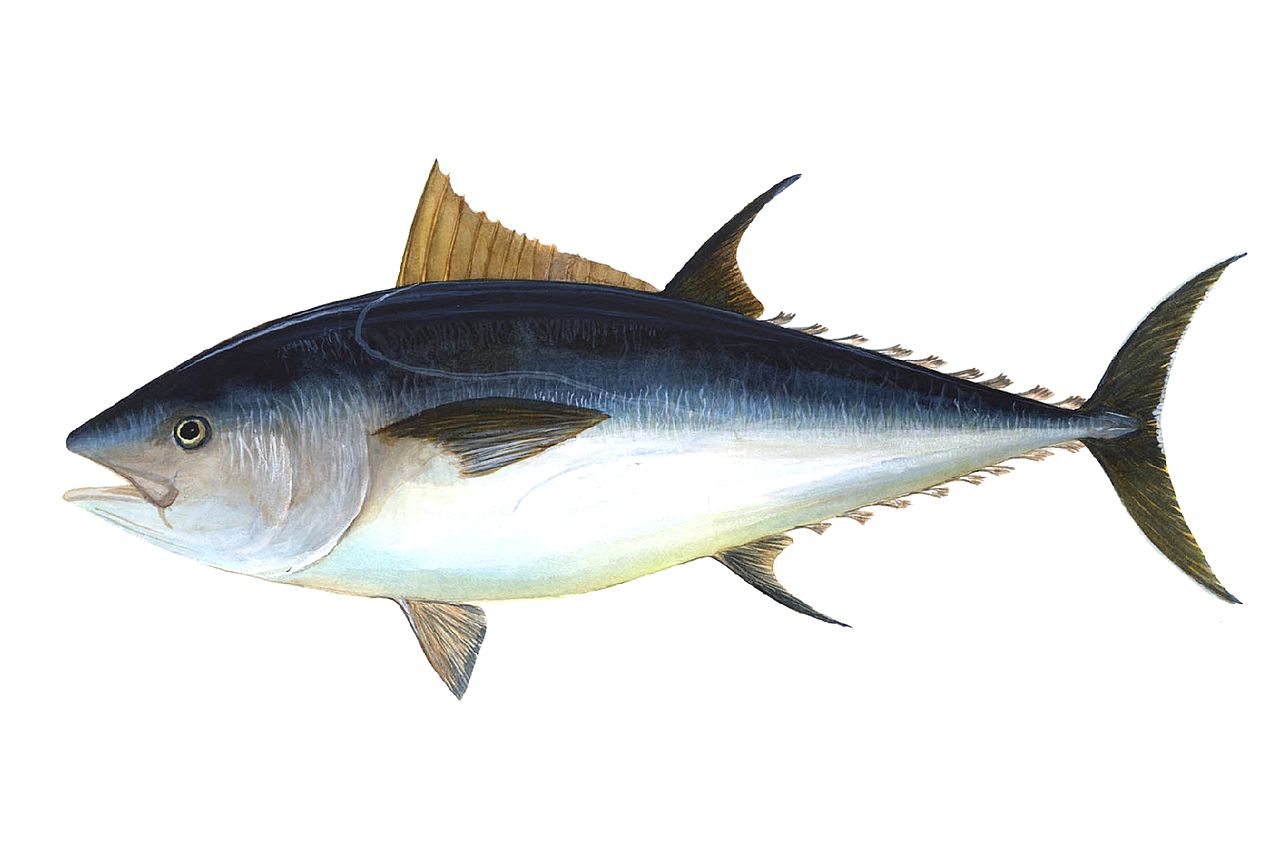 There are three species of bluefin tuna: Southern, Pacific, and Atlantic, and they are spectacular fish. Growing to over three meters and weighing up to a whopping 1,000 pounds, they are warm-blooded top predators that can accelerate faster than a sports car. They can tolerate warm and cold water. They are found along the coasts of the U.S.

In recent years, bluefin tuna has been severely overfished. Atlantic and Southern bluefin are already classified as endangered, and Pacific bluefin populations are at only 4 percent of historic levels. Traditional

methods of catching them in traps and on lines have given way to large purse-seining catches targeting them as they come together to spawn. The fashion for sushi has driven this demand. As they get ever scarcer and ever more expensive, there are real concerns for the future of bluefin.

Tip: In the U.S., you should only find bluefin in relatively expensive sushi. It may be labelled as o-toro. But it’s best to avoid bluefin altogether due to plummeting stocks.

5 Ways to Have a Rich Christmas Without Spending More

When to go to the Emergency Room
back to articles