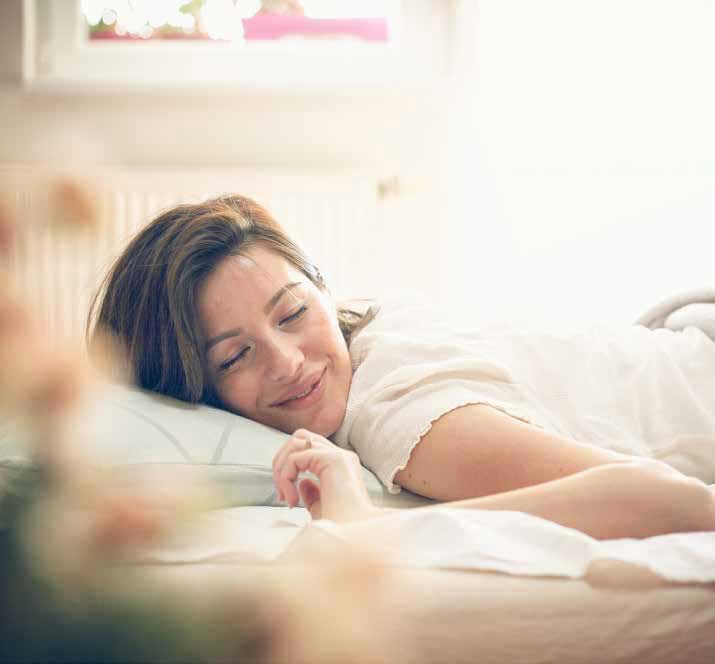 Millions of people are affected by poor sleep. Although it is a common problem, poor sleep can have severe consequences. Poor sleep can deplete your energy, lower your productivity and increase the risk of diseases like high blood pressure and diabetes.

Melatonin is a hormone made naturally by your body, that tells your body when it is time to head to bed. It is produced by the pineal gland in the brain but also found in other areas, such as the eyes, bone marrow and gut. It is often called the “sleep hormone,” as high levels can help you fall asleep.

How Does It Work?

Melatonin levels start to rise in your body when it is dark outside, signaling to your body that it is time to sleep. It also binds to receptors in the body and can help you relax. For instance, melatonin binds to receptors in the brain to help reduce nerve activity. In the eyes, it can help reduce dopamine levels, a hormone that helps you stay awake.

As melatonin helps your body prepare for sleep, people who don’t make enough of it at night can struggle to fall asleep. There are many factors that may cause low levels of melatonin at night. Stress, smoking, exposure to too much light at night (including blue light), not getting enough natural light during the day, shift work and aging all affect melatonin production.

Taking a melatonin supplement may help counter low levels and normalize your internal clock. Evidence shows that taking melatonin before bed can help you get to sleep. In an analysis of 19 studies on people with sleep disorders, scientists found that melatonin helped reduce the time it took to fall asleep by an average of 7 minutes. In many of these studies, people also reported significantly better quality of sleep.

Additionally, melatonin can help with jet lag, a temporary sleep disorder. Jet lag occurs when your body’s internal clock is out of sync with the new time zone. Shift workers may also experience jet lag symptoms since they work during a time normally saved for sleep. Melatonin can help reduce jet lag by syncing your internal clock with the time change. For instance, an analysis of 10 studies explored the effects of melatonin in people who traveled through five or more time zones. Scientists found that melatonin was remarkably effective at reducing the effects of jet lag. The analysis also found that both lower doses (0.5 mg) and higher doses (5 mg) were equally effective at reducing jet lag.

How Does It Work?

Safety and Side Effects

Current evidence suggests that melatonin supplements are safe, non-toxic and not addictive. That being said, some people may experience mild side effects, such as sleepiness, dizziness, headaches and nausea. Melatonin may also interact with a variety of medications. These include blood thinners, blood pressure medication and antidepressants. If you take any of these, it’s best to check with your doctor before using this supplement.

Melatonin is an effective supplement that can help you fall asleep, especially if you have insomnia or jet lag. It may have other health benefits, as well. If you would like to try melatonin, start with a lower dose of 0.5–1 mg, taken 30 minutes before bed. If that doesn’t work, you can increase your dose to 3–5 mg.

How to Lower Your Risk for Stroke

Healthful Benefits of Gardening
back to articles