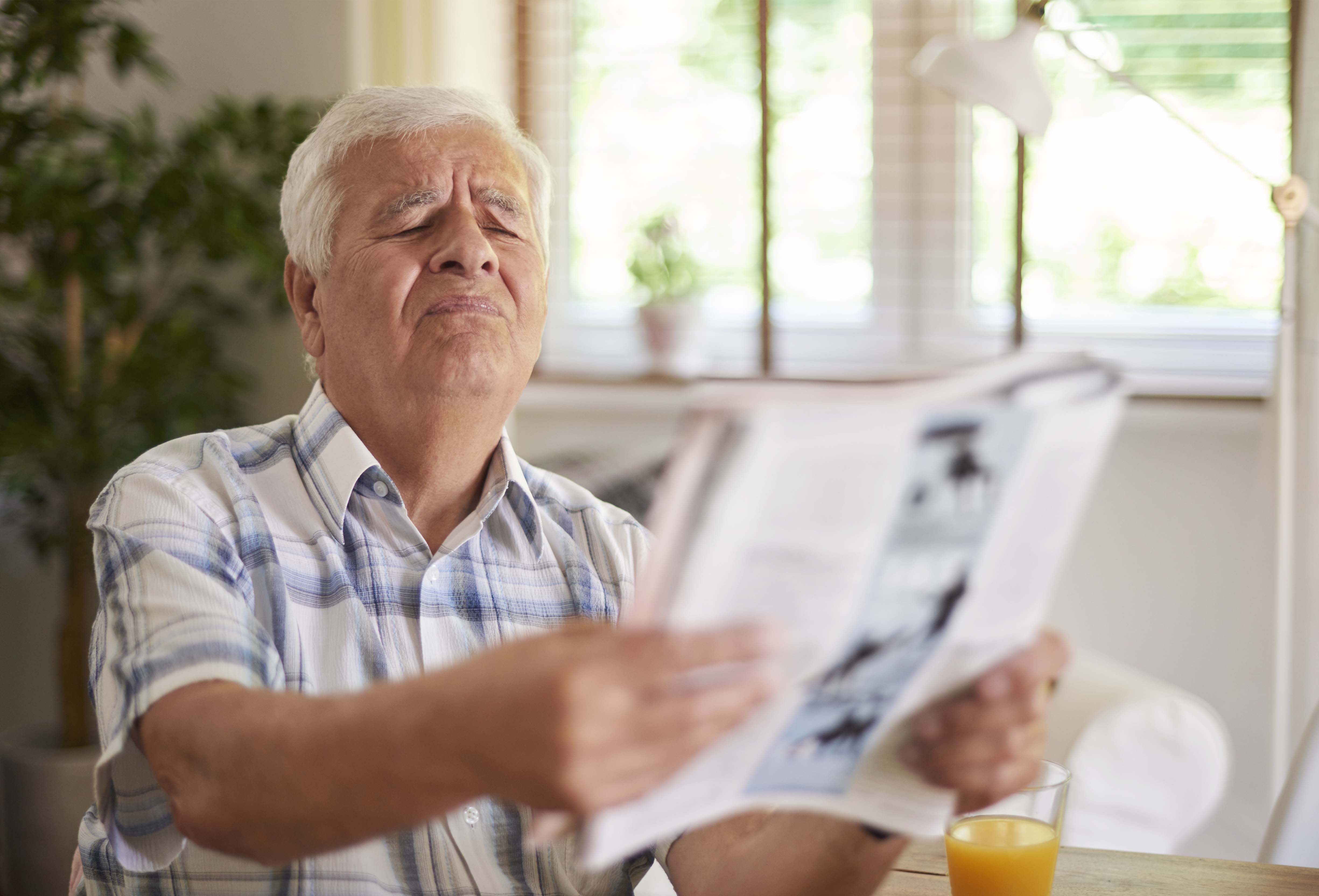 What You Should Know

Perhaps you have just learned that you or a loved one has age-related macular degeneration, also known as AMD. If you are like many people, you probably do not know a lot about the condition or understand what is going on inside your eyes.

AMD is a common eye condition and a leading cause of vision loss among people age 50 and older. It causes damage to the macula, a small spot near the center of the retina and the part of the eye needed for sharp, central vision, which lets us see objects that are straight ahead. In some people, AMD advances so slowly that vision loss does not occur for a long time. In others, the disease progresses faster and may lead to a loss of vision in one or both eyes. As AMD progresses, a blurred area near the center of vision is a common symptom. Over time, the blurred area may grow larger or you may develop blank spots in your central vision. Objects also may not appear to be as bright as they used to be. AMD by itself does not lead to complete blindness, with no ability to see. However, the loss of central vision in AMD can interfere with simple everyday activities, such as the ability to see faces, drive, read, write, or do close work, such as cooking or fixing things around the house. Who is at risk? Age is a major risk factor for AMD. The disease is most likely to occur after age 60, but it can occur earlier. Other risk factors for AMD include:

Does lifestyle make a difference?

Researchers have found links between AMD and some lifestyle choices, such as smoking. You might be able to reduce your risk of AMD or slow its progression by making these healthy choices:

How is AMD treated?

Early AMD Currently, no treatment exists for early AMD, which in many people shows no symptoms or loss of vision. Your eye care professional may recommend that you get a comprehensive dilated eye exam at least once a year. The exam will help determine if your condition is advancing. As for prevention, AMD occurs less often in people who exercise, avoid smoking, and eat nutritious foods including green leafy vegetables and fish. If you already have AMD, adopting some of these habits may help you keep your vision longer.

Researchers at the National Eye Institute tested whether taking nutritional supplements could protect against AMD in the Age-Related Eye Disease Studies (AREDS and AREDS2). They found that daily intake of certain high-dose vitamins and minerals can slow progression of the disease in people who have intermediate AMD, and those who have late AMD in one eye.

Researchers at the National Eye Institute tested whether taking nutritional supplements could protect against AMD in the Age-Related Eye Disease Studies (AREDS and AREDS2). They found that daily intake of certain high-dose vitamins and minerals can slow progression of the disease in people who have intermediate AMD, and those who have late AMD in one eye.

Even if you take a daily multivitamin, you should consider taking an AREDS supplement if you are at risk for late AMD. The formulations tested in the AREDS trials contain much higher doses of vitamins and minerals than what is found in multivitamins. Tell your doctor or eye care professional about any multivitamins you are taking when you are discussing possible AREDS formulations. Finally, remember that the AREDS formulation is not a cure. It does not help people with early AMD, and will not restore vision already lost from AMD. But it may delay the onset of late AMD. It also may help slow vision loss in people who already have late AMD.

Is Red Meat Bad for You, or Good?
back to articles