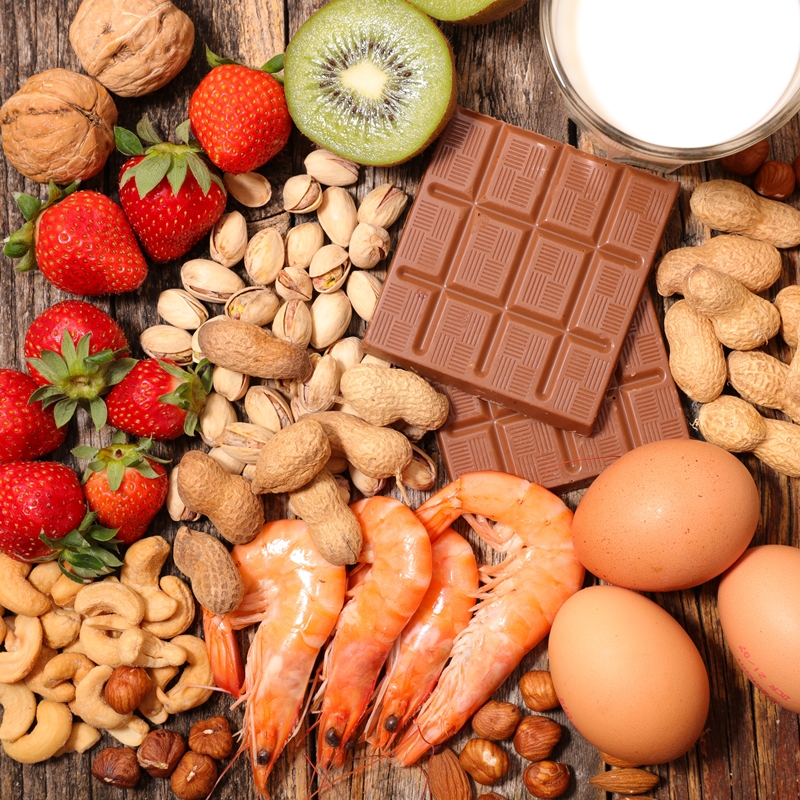 Among children, most allergic reactions to food are caused by peanuts, milk, soybean, tree nuts, eggs, and wheat. The majority of children stop being allergic to foods later on in their childhood. Allergic adults typically react to citrus fruit, nuts, fish, peanuts, shellfish, and wheat.

The most common allergenic foods, also known as the ‘big eight,’ include the following: 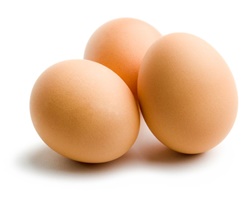 Like most food allergies, egg allergy is more common in childhood and about half of children who have it will grow out of it by the age of 3. In a few cases, an egg allergy can cause anaphylaxis, a severe and potentially life threatening allergic reaction.

Three proteins cause egg allergy: ovomucoid, ovalbumin and conalbumin. Cooking can destroy some of these allergens, but not others. So, some people might react to cooked eggs, as well as raw eggs. Occasionally, someone might react to egg because they have an allergy to chicken, quail, or turkey meat, or to bird feathers. This is called bird-egg syndrome. 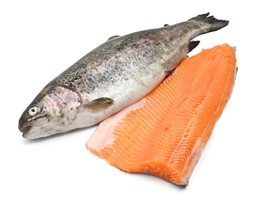 Fish allergy can often cause severe reactions, including anaphylaxis. Adults are more likely to have an allergic reaction to fish and shellfish than children, which is probably because adults eat these foods more often.

Allergy to cows’ milk is the most common food allergy in childhood. A reaction can be triggered by small amounts of milk, either passed to the baby through the mother’s breast milk from dairy products she has eaten, or from feeding cows’ milk to the baby. Children usually grow out of milk allergy by age 3 to 5, but about one-fifth of children who have an allergy to cows’ milk will still be allergic to it as adults.

The symptoms of milk allergy are often mild and can affect any part of the body. They can include rashes, diarrhea, vomiting and stomach cramps. In very few cases, milk allergy can cause anaphylaxis. 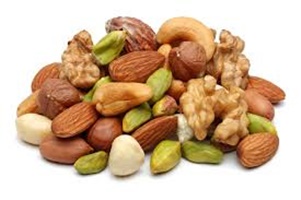 Allergy to nuts from trees is usually lifelong. The nuts that are most likely to cause allergic reactions are walnuts, hazelnuts, almonds, pecans, Brazil nuts, pine nuts, macadamia nuts and cashew nuts.

On rare occasions, all these nuts can cause anaphylaxis in people who are sensitive. Sometimes, people with an allergy to one type of nut will also react to other nuts. People with nut allergies should talk to their doctor for advice. 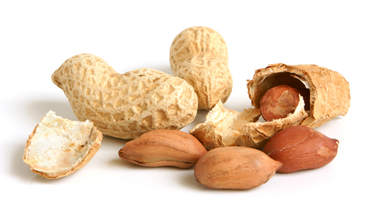 Allergy to peanuts (also known as groundnuts and monkey nuts) is often lifelong. Peanuts are one of the most common causes of food allergy and can cause severe reactions, including anaphylaxis. They contain allergens that are not destroyed by cooking or roasting.

Peanut allergy can be so severe that very tiny amounts can cause a reaction. Because of this, coming into contact with traces of peanut can be enough to cause a reaction in people who are sensitive. Some people with peanut allergy might also react to other legumes such as soybeans, green beans, kidney beans, and green peas. 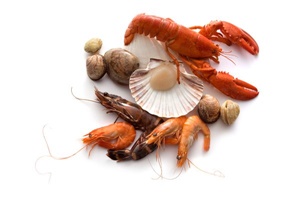 Allergy to shellfish is quite common. Many different types of shellfish can cause reactions in people who are sensitive, including shrimp, lobster, crab, crayfish, oysters, scallops, mussels and clams.

People who are allergic to one type of shellfish often find that they react to other types. Shellfish allergy can often cause severe reactions, and some people can even react to the vapors from cooking shellfish. 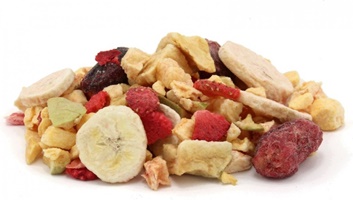 However, sulfites can cause allergy-like reactions (intolerances), most commonly asthma symptoms in those with underlying asthma, sometimes allergic rhinitis (hay fever) like reactions, occasionally urticaria (hives) and very rarely, anaphylaxis (severe allergic reactions). Wheezing is the most common reaction. 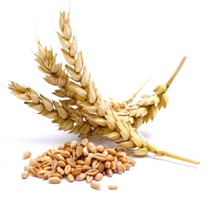 Wheat allergy is common, particularly among babies. One of the main allergens in wheat is a protein called gliadin, which is found in gluten. Because of this, people with a wheat allergy are sometimes recommended to eat a gluten-free diet.

Food allergies may progress or get better over time. Anyone suspecting they are allergic to a food should consult their doctor for advice.

10 Plastic Items You Can Give Up Right Now

Q&A on Total Knee Replacement
back to articles