Zika virus, first identified in Uganda in 1947, is transmitted by the same type of mosquito that carries dengue fever, yellow fever, and chikungunya virus. A mosquito bites an infected person and then passes those viruses to other people it bites. Outbreaks did not occur outside of Africa until 2007, when it spread to the South Pacific.

Center for Disease Control Director Tom Frieden, MD, told reporters that “on occasion,” Zika may be spread through sexual contact or blood transfusions. The CDC has confirmed reports of Zika being spread through sex in some cases, meaning a person traveled to an area where Zika has broken out, got the virus, and gave the virus to a sexual partner who did not travel.

The CDC is aware of a report that Brazilian scientists have found the virus in the saliva and urine of infected people, Frieden said, but more information is needed.

WHAT ARE THE SYMPTOMS OF ZIKA VIRUS?
The disease can cause fever, rash, joint pain, and redness in the whites of the eye. But most people won’t know they have it.

“Only about 1 in 5 people with the virus will exhibit symptoms,” says Amesh Adalja, MD, a spokesman for the Infectious Diseases Society of America. “The vast majority have no symptoms at all.”

WHAT IS THE CONNECTION BETWEEN ZIKA, MICROCEPHALY, AND PREGNANCY?
CDC said Zika causes microcephaly in babies born to infected pregnant women. Microcephaly stunts a baby’s head growth, causing devastating, sometimes-fatal brain damage, and it can result in miscarriage or stillbirth.

The virus has caused panic in Brazil since it first appeared there. More than 1,100 babies in Brazil have been born with Zika-caused microcephaly. Brazil and several other nations have advised women to postpone pregnancy.

Although there are many causes of microcephaly in babies, including infections during pregnancy, genetic problems, and exposure to toxic substances during pregnancy, the CDC says research has provided enough evidence to show that Zika is among those causes. Also, research has suggested that infection during the earliest stages of pregnancy, when a baby’s organs are still forming, seems to be linked to the worst outcomes.

As of April 6, the CDC has confirmed 32 Zika infections in pregnant women. The agency earlier provided details on some of those, saying nine women had traveled to other countries and returned to the U.S. Two resulted in healthy births. Two resulted in miscarriages, and one baby was born with microcephaly. Two pregnancies are proceeding without known complications, and two women ended their pregnancies, the agency says. In one case, the pregnancy was ended after an ultrasound showed signs of severe brain damage in the fetus at 20 weeks. Details of the other termination were not reported.

The CDC also advises that men who have lived or traveled in areas with Zika infections and have a pregnant sex partner either use condoms or abstain from sex during the pregnancy.

SYMPTOMS OF THE ZIKA VIRUS
With the virus now seen in over 30 countries, the World Health Organization (WHO) has declared an international public health emergency. So is it time to panic and buy some duct tape? No. What, then, should you do?

If you are thinking of avoiding anyone who looks like they have the Zika virus, forget it. You can’t profile people who are infected with Zika. An estimated 75% of infected people have no symptoms. Therefore, to be safe, you’d have to avoid everyone.

When present, symptoms usually begin between a couple days to a couple weeks after infection and last no more than a week. It appears that people can remain infectious up to one month after being exposed to the Zika virus.

Observed symptoms include a mild fever, skin rash (often on the face), muscle and joint pain, redness and irritation of the eye (similar to “pink eye”) and a run-down feeling. Therefore, you can’t really diagnose Zika virus infection by symptoms alone as the symptoms are very similar to many flu-like illnesses. Blood tests do exist, but currently people are not routinely tested for Zika virus. There is also currently no treatment or vaccine for Zika. 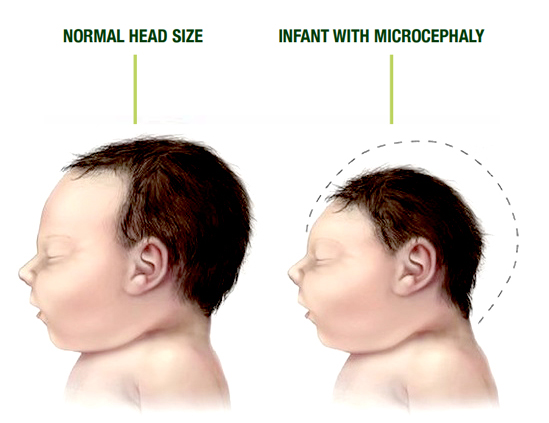 HOW TO AVOID THE ZIKA VIRUS
So, what can you do to avoid Zika virus infection? If you are traveling to countries with mosquitoes carrying the Zika virus, avoid mosquito bites in a similar fashion as you would when traveling to countries that have mosquitoes carrying the pathogens that cause malaria or Dengue. This includes minimizing the amount of skin you leave exposed (this is not the time to wear a crop top or a Speedo) staying in air-conditioned areas that are free of mosquitoes, sleeping under bed nets if your sleeping quarters may have mosquitoes, and using proper insect repellent.

Without taking the above precautions, you will find it difficult to avoid mosquito bites. In fact, many mosquito bites are undetectable. Just because someone doesn’t have obvious bites, does not mean he or she hasn’t been bitten.

Good Bacteria vs. Bad Bacteria: How Bacteria Can Be Healthy Too!

Thanks to Vaccines: 14 Diseases You Almost Forgot About
back to articles