Judging from the proliferation of coffee and cupcake shops popping up these days, clearly caffeine and sugar are what a lot of folks are using to try to fight back. The problem is, they don’t actually work. Sugar and caffeine do offer a quick lift, but the crash is never far behind – so it’s back to coffee to start the cycle again, turning your day into a rollercoaster ride of highs and lows. Fortunately, there are healthier ways to get through the day – and these are “adaptogens”: the special herbs that help your body adapt to stress and resist
fatigue.

ADAPTA-WHAT?
Adaptogens are a unique group of herbal ingredients used to improve the health of your adrenal system, the system that’s in charge of managing your body’s hormonal response to stress. They help strengthen the body’s response to stress and enhance its ability to cope with anxiety and fight fatigue – slowly and gently, without jolts or crashes. They’re called adaptogens because of their unique ability to “adapt” their function according to your body’s specific needs. Though the effects may initially be subtle and take time to make themselves felt, they’re real and undeniable.

WHERE HAVE THEY BEEN ALL MY LIFE?
Unlike big pharma drugs, adaptogens weren’t born yesterday. In fact, they’ve been used in Chinese and Indian Ayurvedic medicine for centuries, to boost energy and resilience in the face of stress. Recently, several studies have found evidence to support what those in the sustainable wellness field already knew – that adaptogens offer positive benefits —and are safe for long-term use.

HOW DO ADAPTOGENS WORK?
Adaptogens work a bit like a thermostat. When the thermostat senses that the room temperature is too high it brings it down; when the temperature is too low it brings it up. Adaptogens can calm you down and boost your energy at the same time without over stimulating. They can normalize body imbalances. By supporting adrenal function, they counteract the adverse effects of stress. They enable the body’s cells to access more energy; help cells eliminate toxic byproducts of the metabolic process and help the body to utilize oxygen more efficiently. In short, adaptogens are amazing! 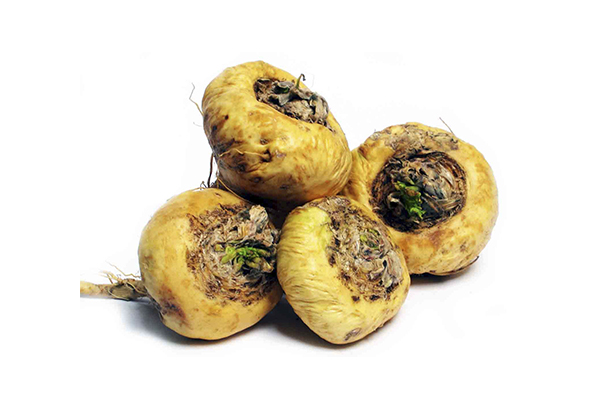 MACA
Maca root resembling a turnip is an adaptogen from the highlands of Peru. However, it is no relative of ginseng. The plant Lepidium meyenii is a biennial herb belonging to the cruciferous family of vegetables to which turnips, mustard, and cabbage also belong. The energy-boosting effect of maca roots is thought to be the reason for the courage and strength of Inca warriors who consumed it in large quantities during conquests. It is thought to have increased their sexual appetite, too.

The highly nutritious maca root has been a staple of Andean cuisine, probably for thousands of years, so the herb could be one of the safest. It is usually roasted or boiled before consumption and is made into various dishes. The flour is used to make bread and pancakes. The leaves are also eaten as a vegetable.

Maca root is usually available in powder form and is widely used by athletes to increase stamina. It provides stress relief and improves mood. The plant hormones in maca root help relieve female issues like PMS and problems associated with menopause. 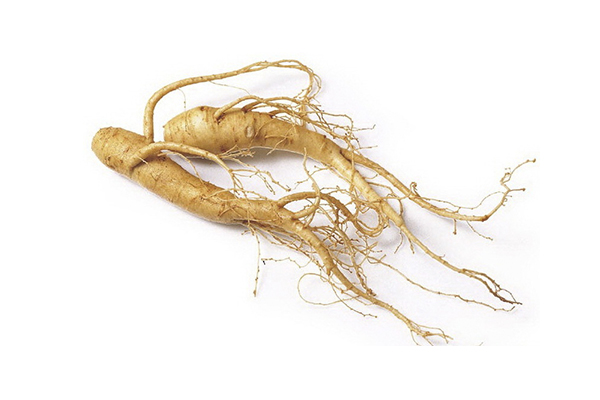 GINSENG
This herb is so well known as an adaptogen that the term ‘ginseng’ has become a common suffix for many unrelated adaptogenic herbs from across the world. The fleshy roots of the plant Panax ginseng are the medicinally valued part of Asian ginseng––also known as Chinese and Korean ginseng depending on where it comes from.

Panax stands for ‘panacea of all ills and ginseng for ‘man–root,’ referring to the forked roots that resemble the lower parts of a person. True to its name, it has been extensively used in Chinese medicine for treating all kinds of ailments, although it was earlier popularized as an aphrodisiac and longevity herb.

Dried ginseng root is available whole, sliced, or in powder form. It is a common ingredient not only in many therapeutic formulations, but also in cosmetic and hair care products. It is considered safe to use in small doses, but the presence of phytoestrogens precludes its use during pregnancy. 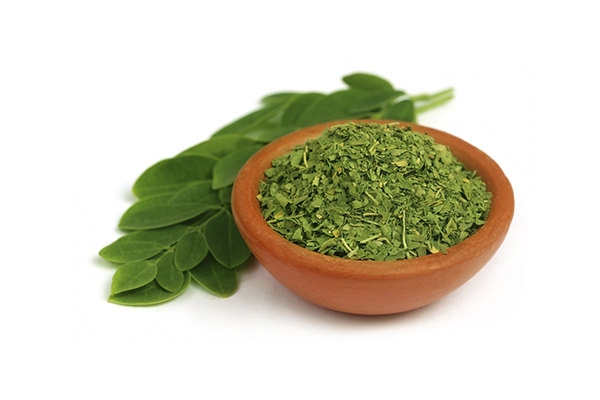 MORINGA
Commonly called horseradish tree and drumstick tree, this tree is mainly grown for its nutritious leaves and tasty pods cooked as vegetables by natives in Asia and Africa. All parts of the tree, from the roots to the bark, have well known medicinal uses. Ben oil extracted from Moringa seeds has many unique properties, including cell rejuvenation. This expensive oil is an ingredient in many high-quality anti-aging products. However, the dried and powdered leaves are most popularly used as an adaptogenic herb.

Moringa leaves are used to treat high blood pressure, improve digestion, regulate blood sugar and reduce inflammation. It is considered a thyroid and liver tonic. Frequently used in curries, the leaves are not only safe for all ages but actually recommended for nursing mothers for its property of enhancing milk production. It is often given to children to get rid of intestinal worms.

What makes Moringa an adaptogen is its ability to reduce stress and to equip people to face physical and mental challenges. Regular consumption has been associated with higher energy and stamina, restful sleep, and resistance to illnesses. 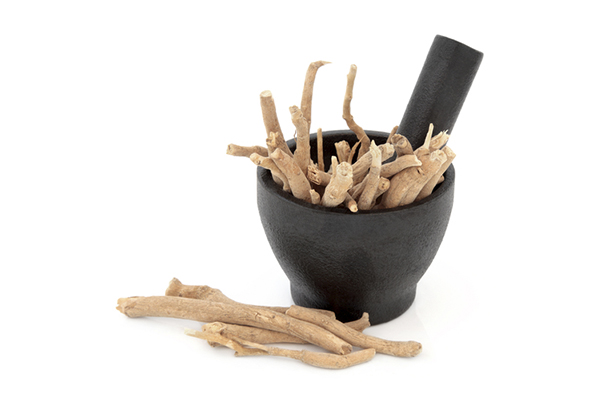 ASHWAGANDHA
Ashwagandha is a medicinal plant widely used in the ancient Ayurvedic medicine stream of India. Although commonly referred to as Indian ginseng because of its adaptogenic properties, it is entirely unrelated to ginseng. Nevertheless, it has many beneficial effects similar to ginseng. As a matter of fact, Ashwagandha is generally regarded as a longevity drug and aphrodisiac, often prescribed by Ayurvedic practitioners to treat impotence and age-associated decline.

The Sanskrit name of the plant ‘Ashwagandha’ literally means ‘horse smell,’ and it comes from the distinct musky smell of the aerial parts of the plant, but it is the root that is mainly used in medicinal preparations.

Ashwagandha is used to treat insomnia, which is very evident from its scientific name ‘somnifera’ which means ‘sleep inducing.’ It is known to regularize blood pressure and balance mood. The herb is also used to improve general health and vitality, and to get relief from anxiety, chronic fatigue, and many other debilitating conditions.

Keeping Your Teeth Healthy and White

Some of the Best Vegan and Vegetarian Protein Sources

Address Your Stress
back to articles