Kleptomania is a condition characterized by an irresistible urge to steal. People will steal items that they do not need, that they could afford to buy, or that have little to no monetary value. Individuals
with kleptomania experience tension that is relieved by committing the theft.

Kleptomania often emerges sometime during adolescence and appears more commonly in women than in men. Because stealing is illegal, this disorder can lead to significant legal consequences.

People with kleptomania may face arrest, trial, and incarceration as a result of their symptoms. One study of clinical patients found that more than 68% of those with kleptomania had been arrested for stealing. 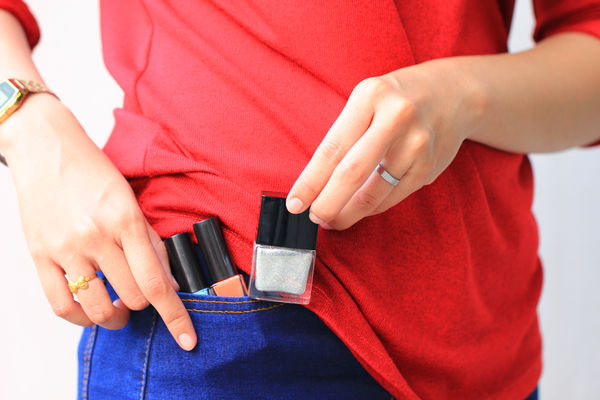 Stealing results in feelings of gratification, relief, and even pleasure in people with kleptomania. While theft may relieve the tension the individual was experiencing, he or she may be left with feelings of guilt and remorse following the crime. Feelings of shame, selfrecrimination, and remorse are quite common following a stealing episode.

It is important to note that kleptomania does not involve theft for personal gain. People with this condition are not stealing things based on a financial incentive or because they covet the items that they take. These thefts are also not related to not being able to afford the items in question. In many cases, the items themselves may hold little to no monetary value.

Episodes of theft usually do not involve elaborate planning and often occur spontaneously. People with this condition may be in a public setting such, as a mall or supermarket, when the urge to steal strikes.

The intensity of these urges can vary. People with this condition may avoid committing thefts when the likelihood is high that their shoplifting will be detected, such as when store personnel or law enforcement is nearby.

What else could it be?

Kleptomania is distinguished from normal shoplifting because shoplifters typically plan their thefts and perform this behavior to acquire items they desire but cannot afford. Individuals with kleptomania, on the other hand, steal spontaneously in order to relieve the tension that continues to build if they do not act.

The disorder has also been shown to be associated with substance and alcohol use. Some experts suggest there may be some type of shared genetic link between substance use disorders and kleptomania.

The exact causes of kleptomania are still under investigation, although it is suggested that both genetic and environmental influences may play a role. Different perspectives in psychology have suggested a few possible explanations:

• The Psychoanalytic Approach: Psychoanalytic explanations for kleptomania have conceptualized it in a variety of ways. Some suggest that people are driven to obtain objects in order to symbolically compensate for some type of early loss or neglect. According to this approach, treatment for the disorder lies in discovering the underlying motivations for the behavior.

• The Cognitive-Behavioral Approach: Cognitive-behavioral explanations suggest the disorder may begin when an individual is positively reinforced for stealing something. Because the act of stealing relieves the stress and tension the individual was experiencing, the behavior also becomes associated with stress relief. After the first theft occurs with no negative consequences, it becomes more likely that the behavior will occur again in the future.

• The Biological Approach: Biological explanations suggest that the behavior may be linked to specific regions of the brain and possible dysregulation of certain neurotransmitters.

Just how common is kleptomania? It is thought to be relatively rare. Estimates place the lifetime prevalence at somewhere between 0.3 %to 0.6% of the population, although it has also been suggested that the real number may be higher 0.8% Some suggest. Because people may feel embarrassed or ashamed of their condition, the disorder is thought to be underreported.

Kleptomania is typically diagnosed by a physician or mental health professional. Because kleptomania commonly co-occurs with other conditions, it is often diagnosed when people are referred to a doctor for their comorbid psychiatric symptoms. Diagnosis may also occur if the symptoms of kleptomania have led to an arrest for stealing.

Upon initial examination by a medical doctor, the patient may be referred to a psychologist or psychiatrist for further evaluation. Diagnosis may involve utilizing patient interviews and a review of legal records. Administering psychometric scales such as the Kleptomania Symptoms Assessment Scale (K-SAS) or the Yale Brown Obsessive Compulsive Scale, Modified for Kleptomania (K-YBOCS) may also be useful in making a diagnosis.

Two of the most common treatments for kleptomania include:

• Psychotherapy: Cognitive-behavioral therapy targets both the thoughts and behaviors that contribute to stealing and has been shown to have some effectiveness at managing the symptoms of kleptomania.
• Medications: Selective serotonin reuptake inhibitors (SSRIs), as well as other antidepressants, have shown effectiveness in treating the symptoms of kleptomania and may be used in conjunction with cognitive-behavioral therapy.

Psychotherapy is often a first line of treatment for impulse control disorders, with a goal of helping the patient learn to recognize their urges, discover why they act on these impulses, and find more appropriate ways to relieve urges and tension. Recently there has been a shift toward using psychopharmacological interventions alongside psychotherapeutic approaches.

Early intervention and effective treatment are important in order to help people experiencing the symptoms of kleptomania avoid unnecessary distress and associated legal consequences of their condition. It is also important to treat any co-occurring conditions that may be present with the appropriate interventions.

Kleptomania is a serious psychiatric condition that can have a major impact on an individual’s functioning and life. Not only can the disorder lead to significant distress, it can also result in serious legal consequences for people who are caught stealing. Arrest, incarceration, and legal costs are not uncommon for those with kleptomania.

Fortunately, there are steps that you can take if you or someone you know has kleptomania. With appropriate treatment, you can find ways to cope with your impulses and replace negative behaviors with more beneficial ones. If you suspect that you may have kleptomania, consult your doctor or a mental health professional to determine a treatment plan that is most appropriate
for your needs.

The Brain Fog-Allergy Connection
back to articles