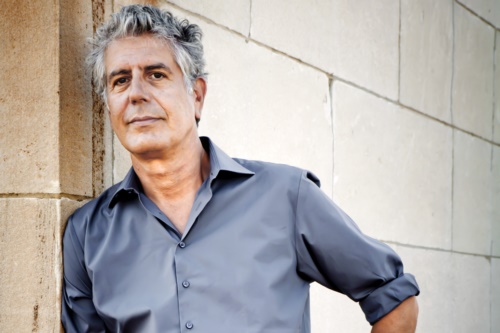 I read The Kitchen Confidential by Anthony Bourdain more than ten years ago (followed by Medium Raw and Nasty Bits), and quickly became a fan.

The reason is simple: the guy was real. In the age of celebrities and TV chefs, he was simply a no-bullshit guy. Moreover, he dared to call out those whom he felt were master bull-shitters. He was no saint by any account and was rather proud to be the ‘Bad Boy’ of the culinary world. As his mother described him: “He didn’t disguise anything,” she said. “He was who he was, and it was out there for everyone to see.”

One journalist wrote, “The real force of Bourdain’s voice was that, although he had been a chef, he spoke and lived at the table, not in the kitchen. He was above all an eater”. In his programs, he introduced the joy of simple foods (some call it peasant foods) from around the world. He championed the quality of freshly prepared street food from places that are far, far away from Michelin-starred restaurants of Paris, London and New York.

At the World Street Food Congress in Manila last year, he spoke about the deep ways in which the traveler connects to a place through food.

“On the streets in Mexico, vendors roll a taco with their hands, and hand it to you with their hands… there is an intimate transfer going on; they are telling you that this recipe is a reflection of what my parents taught me, my grandparents, my region, my language, culture, and history. This is what I do, what I am good at; this is who I am and what I am, and I would like to share it with you”.

In a way, this inspired me to open Planet Grapes so I could also share my love of wine and food.

The news on June 8 that he had died by taking his own life in France was not only shocking but completely incomprehensible to everyone, including his own mother. “He is absolutely the last person in the world I would have ever dreamed would do something like this,” she was quoted saying.

Anthony Bourdain had visited the Philippines a few times, but I never had the inclination to go meet him. I just thought he would always be around and maybe I could catch him another time or bump into him at St. John, his favourite restaurant in London which is owned by his friend Fergus Henderson.

Despite not really knowing him, a part of me feels a deep sense of loss. More than the food and places he had ‘discovered’ for me, I find his life story and his ‘no apology’ attitude truly inspiring. The story didn’t have to end this way, but sadly it did.

Can You Do This?

Is Red Meat Bad for You, or Good?
back to articles