Good gift giving is an art. The perfect present can lift a mood or improve a relationship. It can repair a wrongdoing, or simply remind a loved one that you care.

Psychologists have long been fascinated by the subject of gifting, because it’s a window into so many other important human traits: how we see others, how we assign value to things, our decision-making skills and our ability to empathize.

“Humans are an incredibly social species and one of the things that sets us apart is forming and maintaining relationships with others. Gift giving around holidays, birthdays, graduations or weddings is a great opportunity to reinforce those relationships,” said Daniel Farrelly, a psychologist at the University of Worcester. 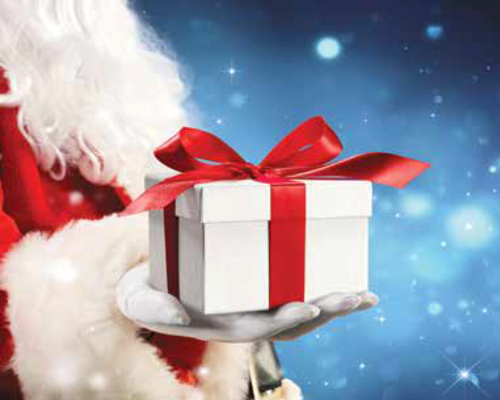 Tempted to add a tie to an expensive shirt? Some flowers to go with a bottle of grand cru champagne? Don’t. When we receive gifts in a bundle, we tend to unconsciously average out their value, so a small gift tacked onto a big one will hurt the latter’s impact.

“Imagine giving someone an expensive bottle of wine, with some plastic cups to drink it out of -- that immediately devalues the gift. That’s because humans tend not to think economically and rationally about these sort of things,” said Farrelly.

2. Gift experiences rather than things

A brand new iPhone becomes old fast. But a dream vacation or seeing your favorite artist in concert will give you memories that last forever. “Experiences often have more thought gone into them, and they create more vivid memories. We might remember the iPad that a friend or a loved one has bought us, but not as much as a two-week holiday to London -- the memories and the emotional attachment are greater than to a physical object,” explained Farrelly. Experiences also create anticipation, making the days or weeks leading to the event more pleasurable.

3. Gift cards are a better option

One thing that has the same value for everybody is cash. While gifting cash is popular on some occasions in some cultures, it’s not for everyone and can be interpreted as lazy or even offensive.

What’s the next best thing? “Gift cards have become much more popular over time. And they’re also very popular with recipients,” said Joel Waldfogel, author of a study called “The Deadweight loss of Christmas. “Gift cards aren’t perfect – there’s still some perceived loss of value and billions of dollars worth go unredeemed each year – but they’re a better option than a rushed or poorly chosen gift.

Let’s put it very simply: buy things that your receiver would buy for themselves. That might seem obvious, but it happens far less than we’d like. People tend to use gifts as jokes, encouragements to
change one’s ways, or to signal something about themselves rather than providing utility (or happiness) to the receiver.

The best way to get it right is to simple ask the upfront question, “what would you like?”

5. Spend more on others than on yourself

The last rule is a no-brainer: remember the gift of giving. A study finds that spending money on others promotes happiness. The good feelings you may experience from giving someone a gift they love may also last longer than spending money on ourselves.

So while it’s important to look after oneself, remember there are benefits to being more generous to those around you. But if all else fails, remember there’s a reason why we say that it’s the thought that counts. “Don’t forget why you are giving gifts...Most people don’t want lots of money spent on them – they just want you to think about them, and that can be done in lots of easy ways,” said Farrelly.

What Is A Normal Prostate?

My Garden of Solace

How Air Pollution Ages You
back to articles