Chess has long been the game of gentlemen, geniuses, philanthropists and other gifted people. This has formed an incredibly wide misconception around the world that ONLY geniuses and gifted people can play the game and it is strictly designed for them.

If someone was asked to name the first things that come to their mind when they hear ‘chess player’, it would be ‘old’, ‘smart’, ‘talented’, ‘genius’ and many other things unrelated to everyday people… But once again, this is a misconception – it is a false belief injected to people by mass media. 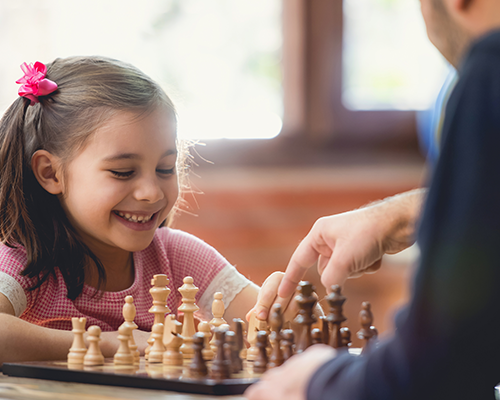 The reality of chess is different – it actually is an incredibly beneficial pastime, because playing chess results in better brain function, improved memory and cognitive abilities, strategic thinking, attention improvement and can even help prevent dementia.

Let’s look at some of those benefits in more detail:

The brain is remarkable – it is responsible for our mental performance and it is the most crucial organ in the human body. When the brain has no stimulation, the cells inside slowly die, it’s an example of “if you don’t use it, you lose it” motto, however, chess is a tool which gives users a rigorous mental workout.

Let’s look at a quick example: to get the most benefit from a physical workout, you need to exercise both the left and right sides of your body. Studies show that in order to play chess well, a player must develop and utilize his or her brain’s left hemisphere, which deals with object recognition, as well as the right hemisphere, which deals with pattern recognition. Over time, thanks to the rules and techniques involved in the game, playing chess will effectively exercise and develop not one but both sides of your brain.

Scientists have shown that chess helps keep Alzheimer’s disease at bay, which is directly related to the loss of memory. There are many tactics and strategies in chess and a good player should know most of them, but it is not the case of sitting and learning the tactics by heart.

Over the course of many games, players develop an almost natural feeling of when to use a certain strategy or tactic – this is where the benefits of improved memory shine – players can quickly remember and use different strategies or tactics. The best part is that this benefit is not only limited to chess – improved memory can be noticed in other areas of life such as academic performance, responsibilities, commitments, etc.

Cognitive ability is a very broad term, it includes perception, motor, language, visual and spatial processing and executive functions. This is a big list and it covers almost everything that you do. For example with executive function you can immediately recognize that the thing in front of you is square shaped and not round. While playing chess, EACH cognitive ability is stimulated because the game covers every part of our actions. So the next time you see chess players playing, think about the ‘exercise’ they’re going through. 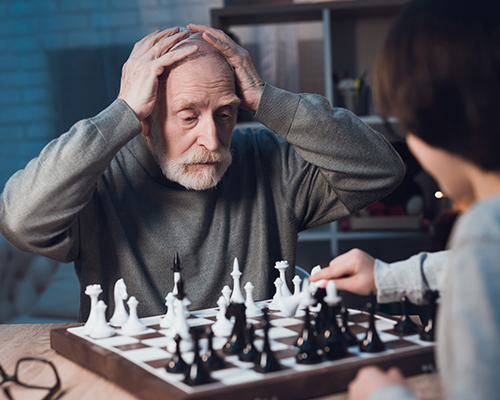 Chess is considered to be a strategy game – this means that in order to win, you must have a better plan of action than your opponent. But no one is born with the ability to conceive great strategic moves, it must be learned by practicing. To most people, strategy is associated with war and army generals planning their attacks with strategic moves; this example is not far from chess.

Just like a general commands his army, a chess player commands his or her own pieces in a battle of black and white. So playing chess greatly improves the ability to develop certain strategies and plans. And no, this benefit is not only useful to army generals and chess players – a good strategic mind is much more productive, because it creates the best plan of action for every daily task.

The epidemic of the 21st century is ADHD. Adults and children alike are finding it harder and harder to focus at school and work, less is being done and productivity declines rapidly. With so many distractions, it is easy to diagnose yourself with attention deficit disorder, but there are better ways of dealing with this phenomena than heading to your local drugstore.

Chess DEMANDS attention, in other words, if your mind is not focused on the game – you lose, simple as that. With such an immediate punishment for lack of attention, the mind is trained to be focused and attentive. This results in better performance in schools and workplaces, less time wasted and more victories achieved.

6. It can help prevent Alzheimer’s disease

Because the brain works like a muscle, it needs exercise like any bicep or quad to be healthy and ward off injury.

A study featured in The New England Journal of Medicine found that people over 75 who engage in brain-stretching activities like chess are less likely to develop dementia than their non-board-game-playing peers. Just like an un-exercised muscle loses strength, Dr. Robert Freidland, one of the study’s authors, found that unused brain tissue leads to a loss of brain power. So that’s all the more reason to play chess before you turn 75. These results were corroborated by a big review that concluded chess is a protective factor against dementia.

What You Need to Know About Childhood Vaccines

8 Types of Food for Better Immune System
back to articles