Ah, the beautiful woman. We all love to look at her, talk about her, wonder about her. She’s got it all, right? The great job, beautiful friends, a date every night, men falling over themselves to be noticed, and doors being opened for her – both literally and figuratively. 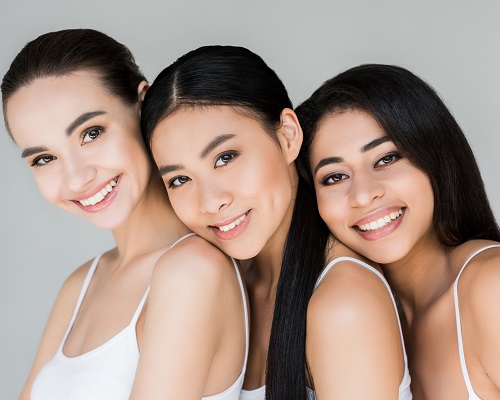 Let’s face it: when we meet someone new, a first impression is about looks; only later do things such as personality, brains and character start to take on meaning. (A side note about beauty is that weight isn’t much of a factor, unless the person is morbidly obese or anorexically skinny. The key to perceived beauty is the face.) Daniel Hamermesh,
author of Beauty Pays, is an economist. Collecting data from several countries and cultures, he has found that beauty is absolutely connected with success – well, at least financial success.

Companies that place a premium on hiring very attractive people had on average higher revenues than similar companies which did not. He says the public clearly rewards businesses with the beautiful faces. In The New York Times interview, Hamermesh found that for beautiful people in general, “Most of us, regardless of our professed attitudes, prefer as customers to buy from better-looking salespeople, as jurors to listen to better-looking attorneys, as voters to be led by better-looking politicians, as students to learn from better-looking professors.”

Beautiful women have it even better and get away with things ordinary people can’t. Try talking an officer out of a ticket, or walking in without a reservation and getting a table at that hot new restaurant, or talking that male co-worker into helping you move some furniture. Beauty does make a difference. Beautiful women get more smiles, more handsome lovers and better treatment, and perhaps they expect it. Sometimes the beautiful woman has a bigger-than-life persona; higher than normal self esteem coupled with the feeling that she is special and deserves the best can become a self-fulfilling prophecy.

The cycle is easy to see. The beautiful woman, constantly fawned upon, catered to, approached and presented with numerous options starts to see this as the norm. This sets up a powerful self image and expectations for the best. She starts expecting others to fawn, and expects things to be handed to her on a silver platter – a princess syndrome of sorts. She is the center of attention, and everyone else is of little importance. The power of positive thinking at work.

So, it’s all good right? Beauty is the bomb and those lucky enough to have it are the equivalent of genetic lottery winners. Nope, all that glitters is not beautiful. As with most things, there’s a downside. How some beautiful women view themselves can border on obsessive. They cherish their looks and play them to the hilt, but if they find a blemish, a wrinkle or a flaw, it can throw them into a panic. It can even have them inquiring around for a good plastic surgeon, new dietician or workout guru.

Low self esteem is more common in beautiful women than you would expect. Some just don’t believe they are attractive. They have a distorted self image and don’t believe others who tell them how stunning they are. Thus, in their mind everyone is a “liar” and not to be trusted. Some are dependent on the first impression reaction of others to define who they are, i.e. someone who has it all because of her beauty. So, she starts to see herself as someone with no talent, no intellect – no redeeming qualities other than her looks.

Then there are the beauties that are truly shy, or to protect themselves from constant harassment, they withdraw. Unfortunately, they can come across as aloof, stuck up, snooty and even arrogant. If we take the time to get to know her instead of condemn her, we might find out she’s really kind, conscientious, caring, and perhaps just a little bit shy. It’s almost as if we’re subconsciously – or for some maybe even consciously – looking for a reason to treat her as less than a person.

Beauty doesn’t define you as a person. It’s an asset to be used judiciously with an understanding of how it is just a small part of who you are.

If she’s beautiful, a new study says, there is often a hidden selfish streak. She’s lucky and she knows it, and she will consciously – or subconsciously – use her looks to her advantage any way she can. As stated in It’s Fine For Women In Politics To Use Their Looks To Get Ahead, we all have our own talents, skills, abilities and looks. If a beautiful woman wants to use her beauty to propel herself ahead in the polls, then why not? If she’s elected, whose fault is that?

Are beautiful women taken seriously? Research has shown that when women and men look at gorgeous women’s success, they immediately tend to credit their success to their looks, and not to any talents or brains they may possess. Actually, beauty has both positive and negative effects on us. Chances are she’ll be taken more seriously by a male, but not by much. If she’s being scrutinized and considered by other women, then the highly attractive woman is at a big disadvantage.

Probably the most difficult thing a beautiful woman has to deal with is social rejection. When it comes to members of her own sex she is often an outcast. As listed by the Top 10 Things That Make A Woman Threatening to Other Women by PairedLife.com, the #1 threat is beauty. Whether it’s true or not, other women perceive the beauty as a threat to steal their man away. They may not trust their spouse/boyfriend/lover in the presence of such beauty, and simply prefer to reject her instead.

Meanwhile the men think what the heck, what chance do I have with a woman like that? All too often folks think she has it all, and she must already be taken. Plus, what chance would the average Joe have anyway? She can have anyone she wants, someone with money, fame and looks. In essence, the men are intimidated and prefer to stare from afar rather than approach.

Another study shows it isn’t cheap to be a beautiful woman. They spend about one third of their income on maintaining those good looks. Many of these women are spending money they don’t have on creams, diets, products and cosmetic surgery. High fashion magazines feel they need to photoshop even the most gorgeous of models, so does that put even more pressure on the beautiful woman to keep up appearances? After all, in her mind that may be all she has going for her, thus money is no object when it buys self esteem.

So, there is good and bad with beauty and the real question is: what exactly determines which woman will parlay it into success and which will succumb to the dark side? The answer is quite simple. Beauty is an asset, just like physical prowess, charisma, brains or emotional intelligence. The key with any gift is in the way that you use it. It doesn’t define you as a person. Rather, it’s an asset to be used judiciously and with an understanding of how it is just a small part of who you are. Those that get this will do well; others that don’t, not so much.

As with most things beauty can be a blessing, but it can also be a curse. As Penelope Lively said, “I’m intrigued by the way in which physical appearance can often direct a person’s life; things happen differently for a beautiful woman than for a plain one.” Different yes, but not necessarily better. So, the next time you see a stunningly beautiful woman, enjoy the view, but don’t judge her because she’s beautiful.

Keto Carbonara Pasta
back to articles