If you look at someone’s back, you’ll see that the spine runs straight down the middle. When a person has scoliosis, their backbone curves to the side.

The angle of the curve may be small, large or somewhere in between. But anything that measures more than 10 degrees is considered scoliosis. Doctors may use the letters “C” and “S” to describe the curve of the backbone.

You probably don’t look directly at too many spines, but what you might notice about someone with scoliosis is the way they stand. They may lean a little or have shoulders or hips that look uneven. 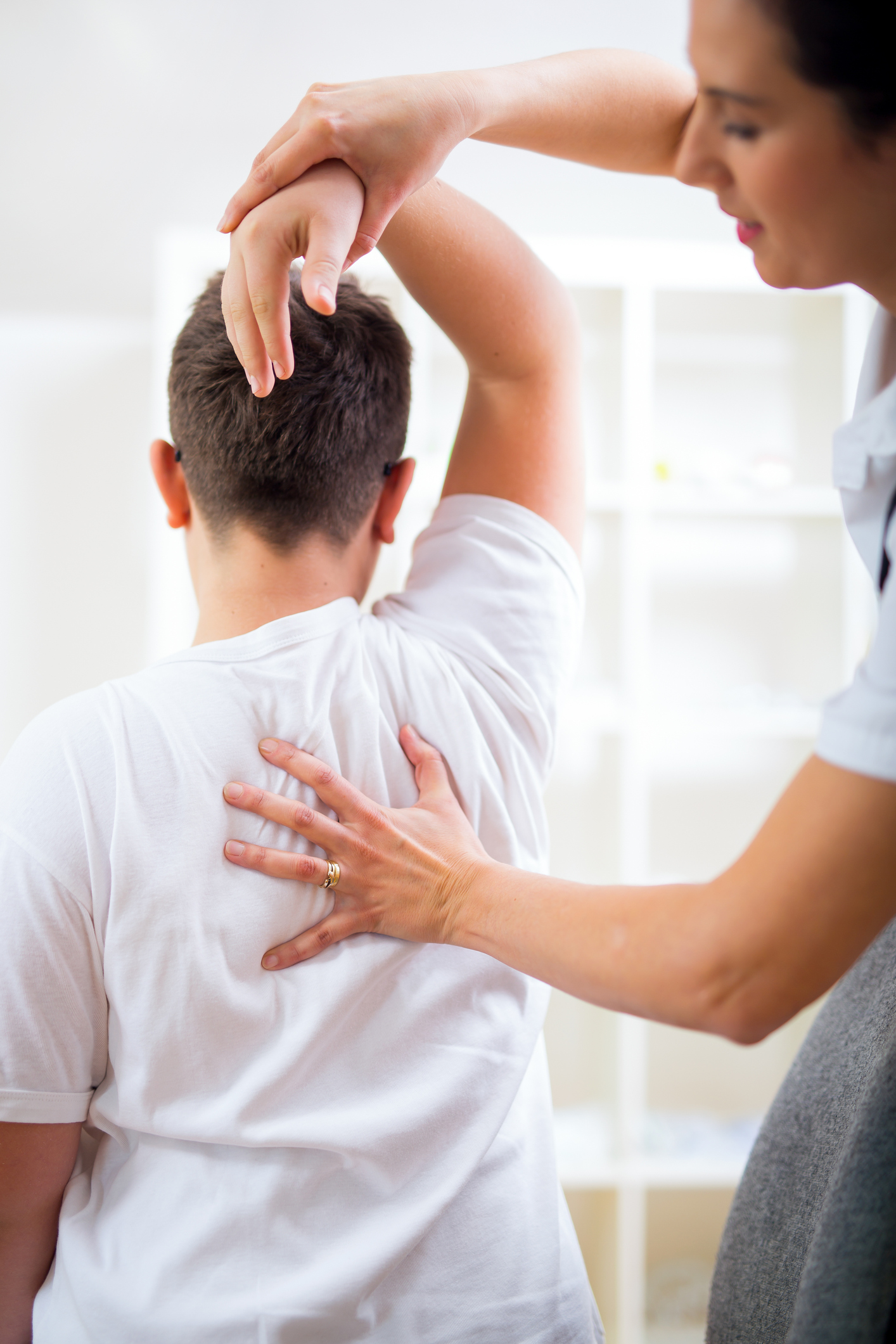 In as many as 80% of cases, doctors don’t find the exact reason for a curved spine. Scoliosis without a known cause is what doctors call “idiopathic.”

Some kinds of scoliosis do have clear causes. Doctors divide those curves into two types: structural and nonstructural.

In nonstructural scoliosis, the spine works normally, but looks curved. Why does this happen? There are a number of reasons, such as one leg being longer than the other, muscle spasms, and inflammations like appendicitis. When these problems are treated, this type of scoliosis often goes away.

In structural scoliosis, the curve of the spine is rigid and can’t be reversed. Causes inlcude: cerebral palsy, muscular dystrophy, birth defects, infections, tumors, Marfan syndrome and Down syndrome.

Congenital scoliosis begins as a baby’s back develops before birth. Problems with the tiny bones in the back, called vertebrae, can cause the spine to curve. The vertebrae may be incomplete or fail to divide properly. Doctors may detect this condition when the child is born. Or, they may not find it until the teen years. Family history and genetics can also be risk factors for idiopathic scoliosis.

Scoliosis shows up most often during growth spurts, usually when kids are between 10 and 15 years old. About the same number of boys and girls are diagnosed with minor idiopathic scoliosis. But curves in girls are 10 times more likely to get worse and may need to be treated.

Scoliosis diagnosed during the teen years can continue into adulthood. The greater the angle of the spine curve, the more likely it is to increase over time. If you had scoliosis in the past, have your doctor check your back regularly.

Degenerative scoliosis affects adults. It usually develops in the lower back as the disks and joints of the spine begin to wear out as you age.

Can it be prevented?

No. So, forget the rumors you may have heard, such as, “Childhood sports injuries can cause scoliosis.” Not true.

Likewise, if your kids are in school, you may be concerned about the weight of the textbooks they carry. While heavy backpacks may cause back, shoulder, and neck pain, they don’t lead to scoliosis.

And what about poor posture? The way a person stands or sits doesn’t affect their chances for scoliosis. But a curved spine may cause a noticeable lean. If your child isn’t able to stand upright, ask your doctor to look at her spine.

Publisher’s Page: Are You a Grateful Person?

How Melatonin Helps you Sleep

What Causes Men to Have Hard, Fat Bellies?
back to articles