The word “acid” conjures up images of bubbling test tubes and thoughts of scary chemical burns. But when used at the right concentrations, acids are actually some of the most beneficial ingredients available in skin care.

They’re the miracle tools used to fight acne, wrinkles, age spots, scarring, and uneven skin tone. But with so many acids on the market, it can seem overwhelming to remember which to use — and for what — and which products to buy. Before all that, you have to know where to start. 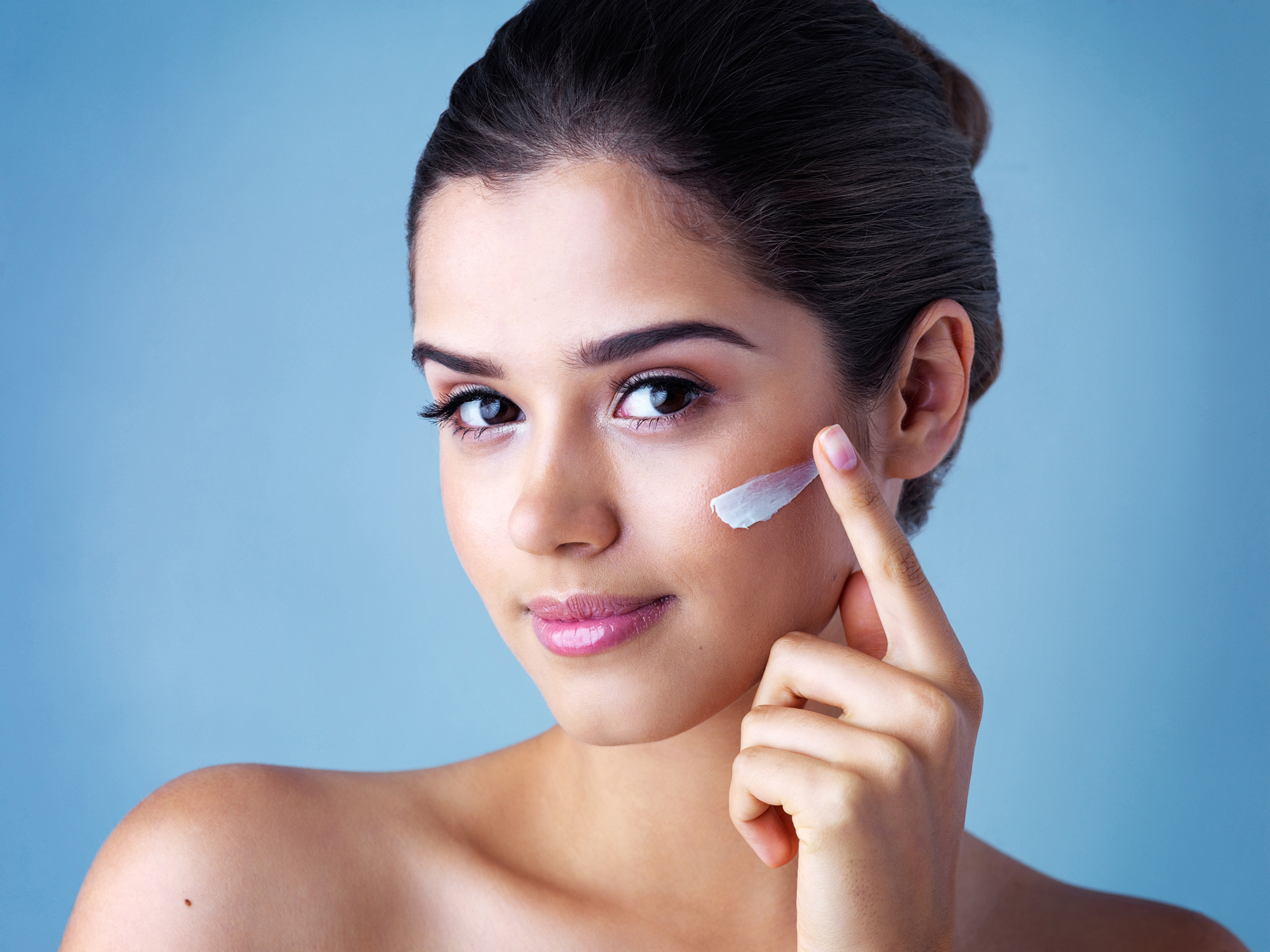 It’s well-known for its ability to exfoliate the skin and keep pores clear, which helps reduce acne. You’ll find it in serums and cleansers at concentrations between 0.5% and 2%, as well as in spot treatments for breakouts.

Salicylic acid is also used in higher concentrations as a peeling agent for treating acne, acne scars, melasma, sun damage, and age spots in dermatology clinics. It’s so effective that it’s used in wart and corn removal solutions, although it’s still safe to use in pigmentation-prone dark skin. Since it’s related to aspirin (acetylsalicylic acid), it also has anti-inflammatory properties.

This fantastic anti-aging weapon is the most popular alphahydroxy acid (AHA) used in skin care. It comes from sugar cane, and is the smallest AHA, so it’s the most effective at getting into the skin. Glycolic acid is a fantastic anti-aging agent that seems to do it all. It’s very effective at exfoliating skin and reducing fine lines, preventing acne, fading dark spots, increasing skin thickness, and evening out skin tone and texture. So, it’s no surprise that you’ll find it in many cult skin care products. It’s commonly found at concentrations below 10%.

Much like salicylic acid, glycolic acid is also used in peels for treating acne and pigmentation, sometimes in tandem with microdermabrasion or microneedling. However, use of glycolic acid increases sun sensitivity, even when it’s not on the skin, so you need to use sunscreen as well to prevent extra sun damage.

This smoothening exfoliant for even skin is another alphahydroxy acid, one that’s derived from bitter almonds. It’s an exfoliating agent that’s useful for preventing acne, treating sun damage, and evening out pigmentation.

However, due to its larger molecular structure, it doesn’t penetrate skin as deeply as glycolic acid, so it’s less irritating to the skin. For this reason, it’s commonly recommended in peels instead of glycolic acid, particularly for ethnic skin, which is more prone to rebound pigmentation.

Rebound pigmentation occurs when a resistance is built up to a particular substance due to excessive use. This causes the substance to not only be ineffective, but often, causes it to have the opposite of the intended effect.

This is found in many prescription-only creams. It keeps pores clear, kills bacteria, and reduces inflammation. It’s generally found at 15% to 20% concentrations in creams that are designed to be applied all over the face, morning and night.

Azelaic acid generally has very few side effects, but in some people with very sensitive skin, it can cause stinging, peeling, and redness.

As well as treating acne, azelaic acid is also a skin-lightening agent that’s useful for fading post-acne marks, or postinflammatory hyperpigmentation. It’s frequently combined with retinoids as a milder alternative to hydroquinone.

This is a popular ingredient in Asian skin care products thanks to its whitening and anti-aging properties. Whitening is a term many Asian skin care brands use to refer to decreasing hyperpigmentation and uneven skin tone.

It’s found in cleansers and serums at 1% to 4% concentrations. Unfortunately, it’s very irritating to skin — but it’s also very effective.

The sister to vitamin C is the most common water-soluble form of vitamin C, and is used in skin care for its anti-aging effects. It’s also been used as a substitute for hydroquinone in treating melasma. Ascorbic acid is very unstable in the presence of oxygen and water, so it’s commonly available in more stable forms under the name magnesium ascorbyl phosphate and tetra-isopalmitoyl ascorbic acid.

These acids may not be as popular, so they may be harder to find in common skin care lines and products, but there’s still evidence that they work:

AHAs that act as exfoliants, they also work to lighten uneven pigmentation and smooth out skin texture. Lactic acid is the best researched AHA after glycolic acid, and is notable for being gentler, more hydrating, and more effective at treating sun damaged skin.

An antioxidant ingredient that’s most commonly used in conjunction with Vitamins C and E in serums. This powerful antioxidant trio is well known for its ability to protect the skin from the damaging free radicals generated by UV radiation.

An antioxidant ingredient with anti-aging benefits. Its effects are quite modest so its popularity is waning.

Used in peels, and is especially useful for flattening out scars in the TCA cross technique. It’s very potent and should be used by professionals only.

Which acid should I use?

Choosing which acid to use is the hard part. The easiest way to go about it is by knowing what problem you want to treat.

Pro-tip: The higher the concentration, the more likely the acid will irritate the skin. Always patch test and start with a lower concentration before moving up.

Many acids offer multiple benefits and since they can come in many different formulations, it’s possible to use more than one. Brands will often advertise the active acids in cleansers, serums, toners, and more, but check the ingredient list to make sure the acid is the active ingredient — listed near the top, and not a forgotten side character at the very end of the list.

What to know about mixing acids in your skin care routine:

• Don’t mix face acids.
• Don’t use salicylic acid with any other acid at the same time. Extreme skin irritation may occur when mixed.
• Avoid salicylic acid with products that contain niacinamide.
• Don’t use glycolic acid or lactic acid in combination with ascorbic acid (vitamin C). This will cause the ascorbic acid’s benefit to disappear even before it begins to work.
• Avoid using AHAs with retinol.

To get around this, organize your acids between daytime and nighttime use. For example, use salicylic acid in the morning and another acid in the evening. You’ll still get the benefits of both if you use them at separate applications.

10 Ways You Can Create a Healthier Home

10 Easy Tips to Food and Wine Pairing
back to articles