home shop stores baking therapy lifestyle
news digest
articles
recipes
membership careers
who we are
career opportunities
why join us
apply now
about
our story
advocacy
grocery
supplements
personal care
baby & kids
farm produce
help
A Plastic Planet, What We Are Leaving Behind
What We Can Learn from San Francisco 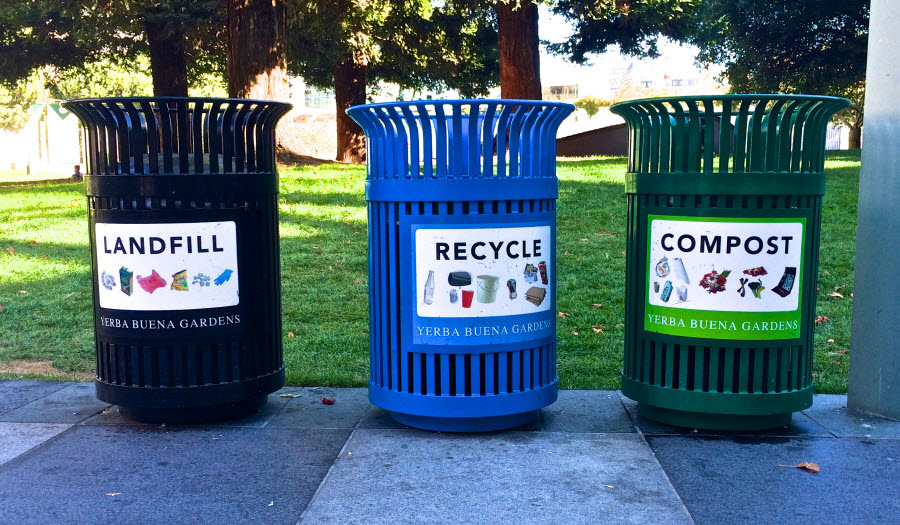 The people living and working in San Francisco demonstrate a clear dedication to helping the environment. Public transportation is quite popular with people from all economic levels. Vegan and vegetarian restaurants abound. Every Sunday, there is a farmer’s market that stretches for blocks and blocks, offering organic produce for lower prices than I pay for conventionally-grown produce back home in Maryland.

But what struck me the most on my visit was that composting has been fully accepted into the mainstream culture. Everyone participates in composting. This is because the city has made it easy and convenient to do so.

Food waste is a critical issue with a serious impact on the planet. Composting is a great way to reduce waste and help the environment. When you compost, you save all the plant matter (such as lettuce ends, orange peels, etc.) and other organic matter (think eggshells, food-soiled cardboard) from going into the trash/ landfill. This organic matter is then collected and broken down by microorganisms, which are found naturally in soil. The end result is a fiber-rich material called humus which can be used as all-natural, organic fertilizer for gardens or farms.

The city of San Francisco provides recycling and composting bins to all households and businesses. This is not just curbside recycling, but also curbside compost pickup! I was thoroughly impressed. Actually, it’s mandatory under the San Francisco Mandatory Recycling and Composting Ordinance, passed in 2009. This was “the first local municipal ordinance in the United States to universally require source separation of all organic material, including food residuals.”

Recology is the company that handles the collection of the organic waste, and passes it along to composting facilities such as Jepson Prairie Organics. These facilities then sell the processed compost to everyone from small-scale residential gardeners to huge farms and Napa Valley wineries. So instead of the waste piling up in a landfill, it is returned to the Earth and utilized to grow new food for people to enjoy—just as nature intended.

In 2011, San Francisco was composting a record 600 tons of organic matter per day. This is far more than any other U.S. city and surpasses almost all cities globally.

It’s About More than Just the Trash

There is also an impactful social element at work. Just by virtue of being a San Francisco resident, you automatically become an active participant in a helping the environment. This creates a pervasive culture of environmental awareness. By taking this first step and seeing the difference they can make in their everyday lives, people are undoubtedly encouraged to take further action for the Earth, such as using public transportation or switching to a plant-based diet, just for starters.

Also, when composting is an accepted daily practice, other steps to facilitate its success become ingrained in the local businesses and culture. For example, San Francisco restaurants offering takeout provide the food in fully compostable containers, so the whole thing including any leftover food particles can go straight into the compost bin. This simple step simultaneously makes composting easier for the consumer and reduces waste.

The city has recently passed ordinances to ban polystyrene food containers, plastic water bottles, and plastic bags. Fees and penalties have been implemented for those who continue to use or sell these materials. These regulations further reduce the amount of materials that go to the landfill, and also prevent plastics and styrofoam from polluting California’s waterways and beaches.

Internationally, the European Union was recycling or composting about 42% of its waste as of the end of 2013. Copenhagen, one of the greenest cities in the world, stopped sending organic waste to landfills as far back as 1990 and plans to be carbon neutral by 2025.

It’s all about convenience and education. San Francisco’s “Fantastic Three” bins (black for landfill, blue for recycle, green for compost) make it easy for people to make a conscious choice about where to put their trash each time they go to toss it. The city has spent significant time and money educating their residents about what can go into each bin, how to keep the compost from getting smelly, what to do with non-recyclable materials, and other important tips. Their website is user-friendly and informative. San Francisco has done a great job addressing all the main objections that resistant residents might raise.

The mandatory ordinance is key. It leaves no room for lax attitudes about recycling and composting. But the city even upped that ante by creating a Zero Waste by 2020 commitment. By the year 2020, the city plans to send nothing to landfill or incineration. All signs indicate that their dedication to this goal will reach success.

Offsetting the costs of the waste collection is a crucial step. The SF Zero Waste program is funded fully from refuse rates charged to customers (about $34 per residence per month in 2013, with a discount if you switch to a smaller black “landfill” bin). This covers outreach and marketing materials, and some government program costs. The cost of collecting from the Fantastic Three bins are entirely offset by selling the recyclables and the compost.

Proactively addressing waste from large events: Every event held in SF is required to include a recycling plan in event permit applications. SF Environment offers free recycling/composting consultations for event planners, and will provide the Fantastic Three bins for on-site use. 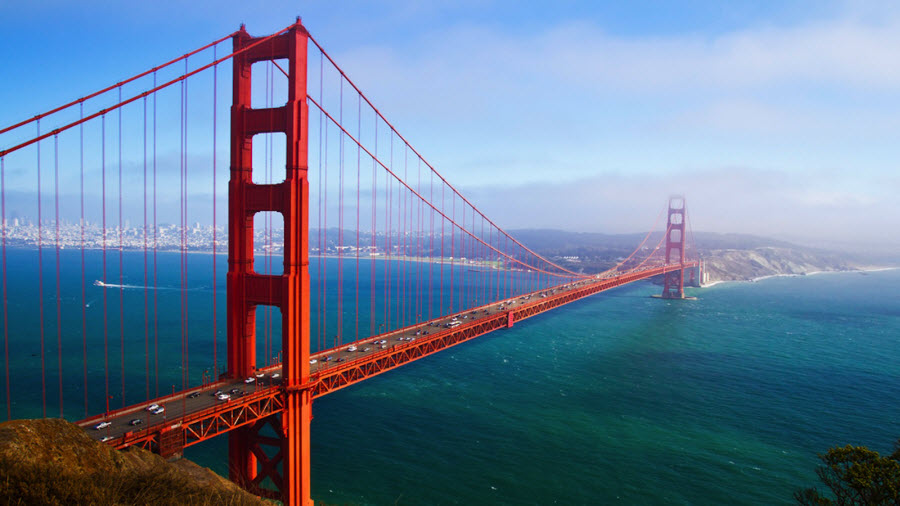 How to Move Forward – Everywhere

While the extreme recycling and composting efforts of San Francisco were initially led by the government, I believe the enthusiasm and pride of San Francisco’s residents and businesses are crucial to keeping the program running. More San Francisco residents are striving for zero-waste homes, echoing the city’s 2020 goal. Nothing is impossible, and San Francisco is a shining example of what can be fully within our reach.

Feeling inspired? Contact your local government. Suggest mandatory composting including curbside pickup. Start a petition in your town to get the idea rolling.

And meanwhile, make changes within your own home. Start composting. Set a zero waste goal for your family. Explore other ways of reducing food waste in your community. Encourage friends, family, and neighbors to do the same. If San Francisco and Copenhagen can do it, the whole world can join in. The Earth will be grateful for our efforts. Learn how to be a game changer in your own community.

Why Breast feeding is best

Love is Good for You
back to articles