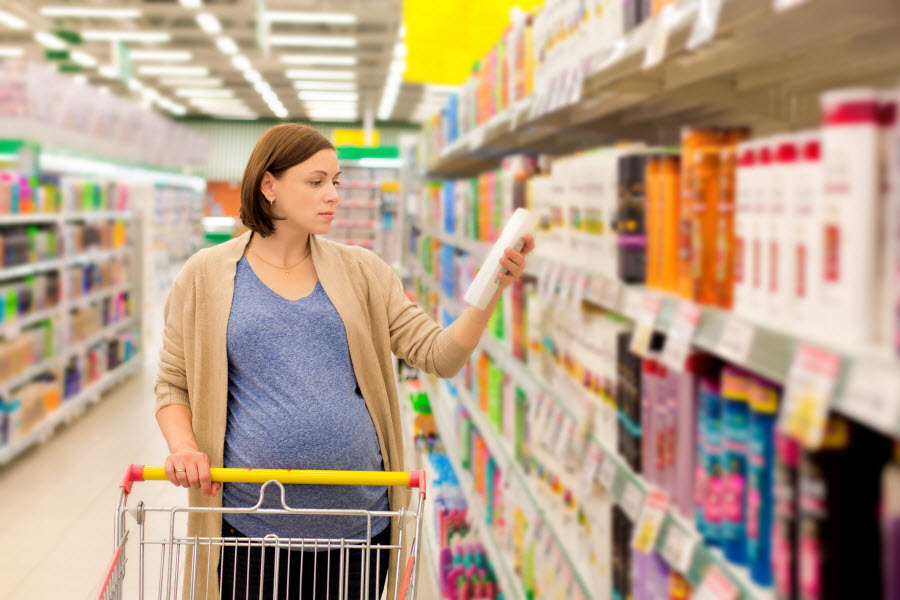 Some examples of endocrine disruptors include dioxin, PCBs, DDT, pesticides and bisphenol A (BPA). Many of us have heard of the risks associated with various pesticides and the BPA in our plastics. These little guys can hide out everywhere – in our household cleaners, personal care products and cookware.

PCOS is characterized by a group of signs and symptoms. These include excess androgens, insulin resistance, cysts on the ovaries, hirsutism (excess hair growth), acne, weight gain, irregular periods, depression and more. As PCOS is a hormonal disorder, anything that effects our production and/or filtration of hormones (like endocrine disruptors) will affect PCOS. Many studies have been conducted around this very topic. Bisphenol A (BPA) One of the most prevalent and widely-researched endocrine disruptors is bisphenol A. BPA is a chemical generally used in plastics and the lining of some metal items. For the consumer, BPA is found mostly in the lining of cans, plastic water bottles and containers. The BPA in these containers can seep into your food and drink, posing serious health risks.

Just a few of the many health risks associated with BPA exposure include:

Fetal Exposure: Several studies have been conducted to test the connection between BPA use or exposure and polycystic ovarian syndrome. What scientists have estimated is that a woman is much more likely to develop PCOS if there was BPA exposure as a fetus. This means that if your mother used canned foods lined with BPA or lots of BPA-containing plastic containers and bottles during her pregnancy, it could have contributed to your PCOS.

Estrogen Dominance: Another connection between PCOS and BPA is an increase in estrogen production. Remember, there are many types of synthetic estrogens, but the most prominent endogenous (those made by the body) estrogens include: estrone, estradiol and estriol (high in pregnancy). Generally in PCOS, testosterone and estradiol reign high, with the body unable to produce enough progesterone. This can create what has been called estrogen dominance. This is bad news for women trying to balance their hormones.

Avoid and Detox from Endocrine Disruptors

Glass Cookware and Food Storage: Many of the endocrine disruptors we are exposed to are in some way related to our food. Canned foods often have a BPA liner on the inside, which seeps into our food. We store our food in plastic containers and bottles that are made with BPA. It’s important to find alternatives to these storage methods to reduce our exposure.

Try using glass storage containers and bakeware instead of plastic. Glass is sturdy, easy-to-clean and can last a lifetime. A small investment in glass storage will go a long way to reducing your exposure. Another thing to try is avoiding cans lined with BPA. Generally, companies won’t tell you if a can is lined with BPA, but the ones that don’t use it will put it on the label. Not sure? Avoid canned foods altogether and only use fresh foods.

Whole Foods Diet: We all know we should eat for health and that whole foods are better than packaged foods, but how many of us are really doing this? We lead such busy lives it can be difficult to grasp the concept of cooking fresh, from scratch. If you are concerned about exposure to endocrine disruptors, eating fresh foods will drastically reduce your exposure.  For a bonus, use organic fruits, vegetables, dairy products and meats wherever possible. Endocrine disruptors are also in the pesticides, hormones and antibiotics used to cultivate conventional foods.

Sweat: The skin is our largest organ. It’s also one of the ways our bodies detoxify. When you sweat regularly, the body is able to filter and release excess toxins, chemicals, hormones and other substances- this includes BPA. Sweat regularly through exercise, saunas and hot baths. But make sure to rehydrate your body with pure, clean water afterwards!

Lemon Water: Speaking of hydration, pure, filtered water is a huge helper for our bodies in filtering toxins. When we drink warm water with fresh lemon juice upon waking, it helps our bodies release toxins that has been filtered while we were sleeping. It also helps to set our digestion for the day, so we are better able to prevent toxins from getting into our bloodstream in the first place. 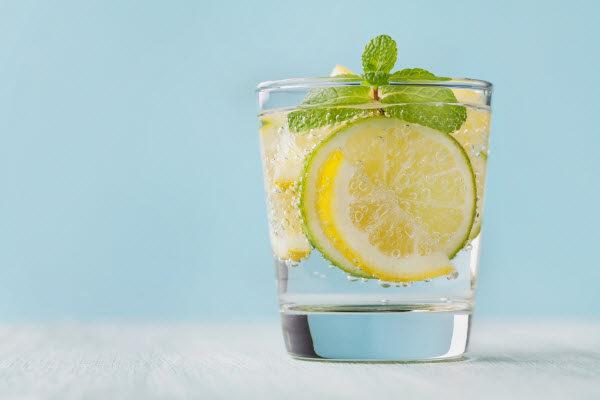 Diindolymethane (DIM): is an antioxidant and phytonutrient compound found in brassica family vegetables. These include broccoli, brussel sprouts, cauliflower, cabbage and kale. Studies have shown DIM to have superior abilities to reduce excess estrogens and risk of some female cancers such as breast cancer. This is a supplement that could be useful for women with PCOS who have an estrogen overload due to endocrine disruptors. DIM will safely bring the estrogens back into balance and restore healthy tissues. This can be helpful in hormonal weight gain, excess androgens and PMS issues.

Probiotics: Probiotics are “friendly” bacteria that reside in our gut. They help to regulate our immune system, digestion and so much more. They have become quite popular lately and are added to a variety of foods. Probiotics can also be taken in supplement form. Probiotics detoxify endocrine disruptors like BPA because they are able to break them down. When this happens, those harmful chemicals are excreted through our bowels. Some examples of probiotic foods to include in your diet every day are plain, unsweetened yogurt, kefir, kombucha, raw, unpasteurized sauerkraut, kimchi or pickles, and raw apple cider vinegar.

How to Stop Bullying in Schools

Why People Commit Suicide
back to articles