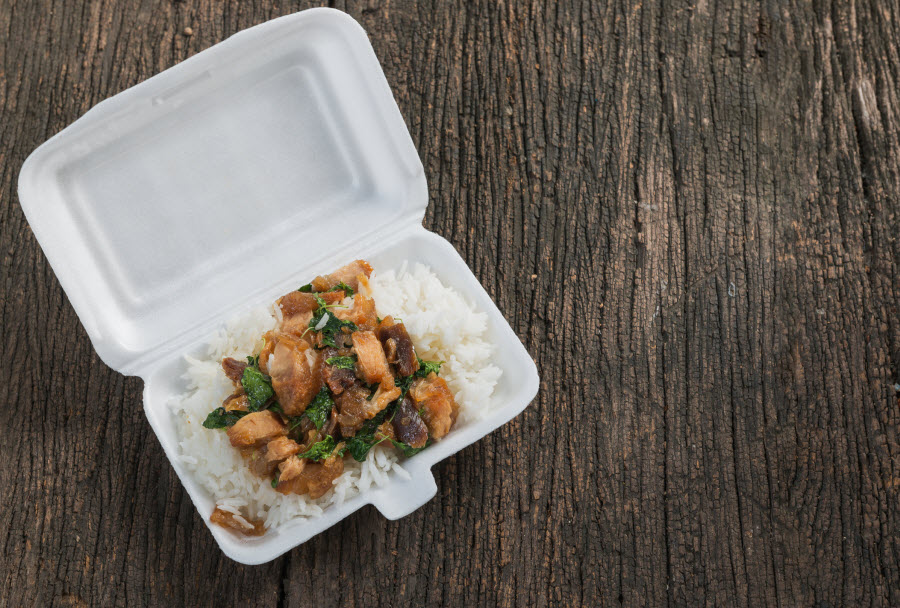 According to the U.S National Park Service, it takes a plastic bottle 450 years to decompose in the environment. Yes, that’s 450 years. That means that, if Shakespeare had a bottle of soda pop, that soda bottle would still be around…and it would remain for at least another 50 years.

Why does this decomposition process take so long? It’s really rather simple.

Now then, in plastics, atoms are linked to one another in more complicated ways than ordinary. As a result, bacteria can’t decompose plastics because they can’t break the links. Slower processes can break plastics down, but these processes can take decades or even centuries to do the job (depending on where the object is, like in a garbage dump or in the sea).

And in fact, many scientists believe that certain plastics never truly decompose. Since they can’t be broken down by microorganisms, they gradually just turn into smaller and smaller pieces of plastic. Where do these small bits of plastic go? Well, they certainly don’t just disappear. Rather, they end up in other parts of the biosphere— getting consumed by various organisms, embedding themselves in the soil etc.

How fast do things biodegrade?

This table shows how long some common items will take to break down if left in the environment. 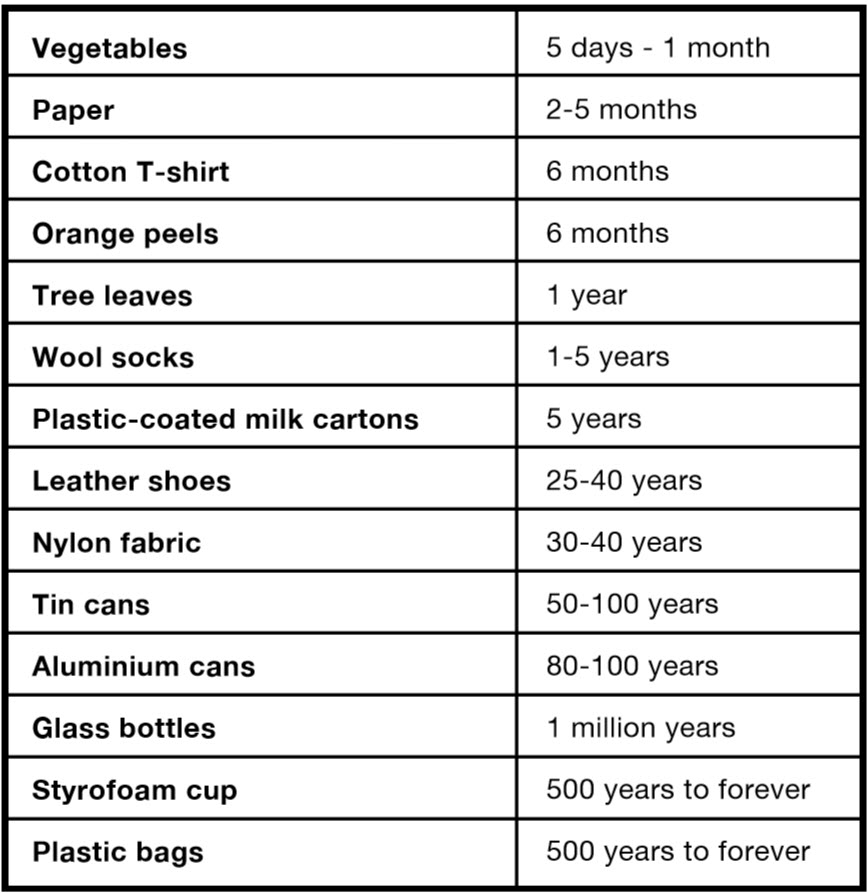 Although polyethylene bags don’t biodegrade, they do photodegrade. When exposed to ultraviolet radiation from sunlight, polyethylene’s polymer chains become brittle and start to crack. This suggests that plastic bags will eventually fragment into microscopic granules. As of yet, however, scientists aren’t sure how many centuries it takes for the sun to work its magic. That’s why some people give a 500 year estimate, while others prefer a more conservative 1,000 year lifespan. According to some plastics experts, all these figures are just another way of saying ‘a really, really long time’.

5 Supplements for Heart Health
back to articles