“Don’t panic, it’s organic” may be a cheeky catchphrase, but there’s a lot of truth to it when it comes to your food. While many people tend to shy away from organic food because of its price point, there are many reasons why you should consider switching to organic versions of your supermarket staples. For one, some studies suggest that organic foods are better for health. We dig deeper into the research to help you make an informed choice. 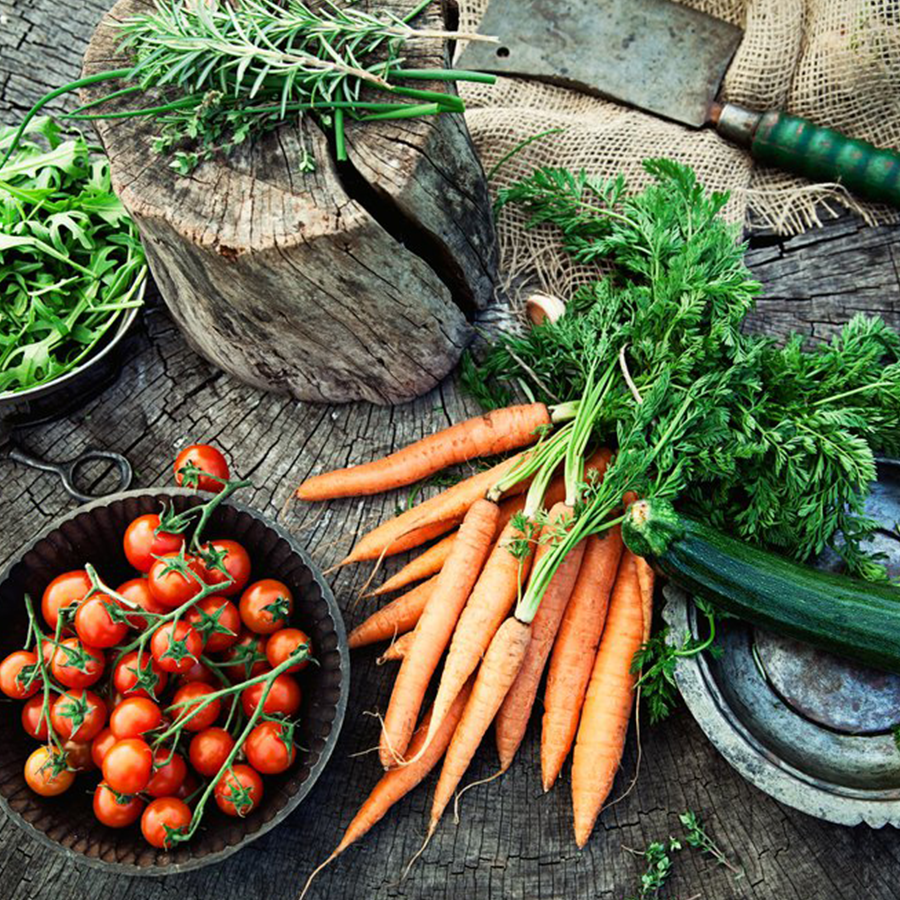 But first, what counts as organic food? The U.K. Department for Agriculture and Rural Affairs (DEFRA) defines it as “the product of a farming system which avoids the use of man-made fertilizers, pesticides; growth regulators and livestock feed additives. Irradiation and the use of genetically modified organisms (GMOs) or products produced from or by GMOs are generally prohibited by organic legislation.”

DEFRA goes on to define organic agriculture as a system of production that “is working towards environmentally, socially and economically sustainable production.” Crop rotation, the use of animal and plant manure, hand weeding, and biological pest control are some of the methods used in organic farming.

Below are five reasons to consider switching to organic food:

Every year, the U.S. Environmental Working Group (EWG) releases a list of the “Dirty Dozen,” or the 12 fruits and vegetables that have been found to have the most pesticide residue. What’s so bad about pesticide residue, you ask? Well, they’re used to kill organisms that attack plants. You wouldn’t want that in your system, would you? Some research has also shown that pesticides in produce are especially harmful to kids and may pose fertility risks. (Organic food is thus the safer choice for kids and pregnant women.)

The EWG’s analysis of U.S. Department of Agriculture tests found that nearly 70 percent of samples of conventionally grown produce were contaminated with pesticide—and this is in the U.S., where farming is arguably more strictly regulated. One can only imagine the state of produce in places where regulation is more lax.

For 2018, the EWG cited the following fruits and vegetables (in descending order) as having the most pesticide residue among produce analyzed: strawberries, spinach, nectarines, apples, grapes, peaches, cherries, pears, tomatoes, celery, potatoes, and sweet bell peppers. One single sample of strawberries showed traces of 20 different pesticides!

Genetically modified organisms, or GMOs, are defined by the World Health Organization as plants, animals, microorganism, and other organisms whose genetic makeup has been modified using genetic engineering or technology, creating a cocktail of genes that doesn’t occur in nature.

While science has yet to present conclusive proof that GMOs are detrimental to health, many are still wary about their possible effects. Research published in the International Journal of Human Nutrition and Functional Medicine also suggests that switching to non-GMO foods has a positive effect on health (particularly digestive problems). If you’re one of those who are not sold on the supposed safety of GMO foods, then organic food can give you peace of mind (and tummy, based on the study).

Many studies on the nutrient content of organic food seem to have contradictory findings, but a large-scale review of studies published in the British Journal of Nutrition shows that not only do non-organic foods have lower rates of pesticide residue and cadmium content, but that they also have substantially higher levels of antioxidants. Many of these compounds have been previously linked to a reduced risk of chronic diseases, neurodegenerative diseases, and certain cancers.

Putting more thought and effort into your meals by incorporating organic food can get you thinking about your overall wellness. Introducing fresh, wholesome fruits and vegetables into your diet can do wonders for your energy levels and general health, which may make you think twice about consuming sugar and other processed foods.

Beyond having positive effects on your health, going organic also helps the environment. Because organic farming uses methods like crop rotation and using natural fertilizer, soil health is preserved. It also retains biodiversity—pesticides kill off all types of bugs, even the good ones that are responsible for pollination. Organic farming also preserves air quality by ditching pesticides and reduces the risk of surface run-off and chemicals contaminating water supplies, keeping the surrounding community safe.

If you’re still not completely sold on the benefits of eating organic food, you can first make small changes. Go through your grocery list to see if any of the Dirty Dozen are on it, then start from there.

How Many Calories in an Egg?