It seems like there’s a gluten-free version of every other thing nowadays, with companies riding the gluten-free diet trend. Whereas before, gluten-free food could only be found in specialty stores, these days they seem to be everywhere. Some believe that cutting out gluten has many health benefits, including weight loss. But is going gluten-free for you? 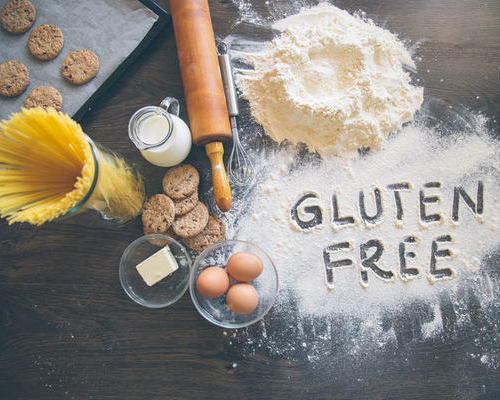 Gluten is the “general name for the proteins found in wheat, rye, barley, and triticale—a cross between wheat and rye,” states the U.S. Celiac Disease Foundation. The foundation further explains that gluten acts as the glue that holds food together, helping them maintain their shape.

The gluten-free diet was once just the territory of those who suffer from celiac disease. In those with celiac disease, even the smallest amount of gluten from, say, one small crouton can trigger an immune response reaction that damages the lining of the small intestine, according to Harvard Health Publishing. This may lead to other major health issues like osteoporosis and infertility.

A gluten-free diet is also ideal for those with non-celiac gluten insensitivity or intolerance, or those who show a reaction to gluten that doesn’t lead to damage to the intestines. Some of the common symptoms of gluten sensitivity are severe or occasional diarrhea, excessive gas, and/or constipation; persistent or unexplained gastrointestinal symptoms, such as nausea and vomiting; recurrent stomach pain, cramping, or bloating; anemia; tiredness; mouth ulcers; skin rash’ depression; liver abnormalities; loss of coordination; and numbness and tingling in the hands and feet.

If you consume foods with gluten and seem to have a reaction, get a proper diagnosis from your doctor. The symptoms of both celiac disease and gluten intolerance are similar so only a proper test can determine whether you have the former.

There are those, like actress Gwyneth Paltrow and tennis player Novak Djokovic, who still choose to go gluten-free even though they haven’t been diagnosed with celiac disease or gluten sensitivity. Djokovic, in particular, credits his improved health and athletic performance to going gluten-free. He is currently ranked no.1 in the world for tennis.

So, can going gluten-free really increase your energy? A study conducted by Aberdeen University’s Rowett Institute of Nutrition and Health—and backed by gluten-free food company Genius Foods—concluded that subjects who went on a gluten-free diet found that their energy increased and feelings of fatigue improved. They were also able to perform more tasks more quickly and think more clearly. However, more independent studies need to be done to determine the effects of a gluten-free diet on those who aren’t sensitive to the protein.

If you’re thinking of cutting out gluten from your diet to see if it has any effect on your health, keep in mind that you might be losing out on nutrients like fiber and Vitamin B, which often go hand in hand with gluten in whole foods like grains. You’ll have to make an effort to replace the nutrients lost, preferably with other whole food sources.

These are some of the more common foods that contain gluten, according to the Celiac Disease Foundation: pasta (ravioli, couscous, gnocchi, etc.); noodles (ramen, soba, egg noodles, etc.); breads and pastries (croissants, pita, naan, muffins, donuts, etc.); crackers; baked goods (cookies, cakes, brownies, etc.); cereal and granola (some oats may be cross-contaminated so err on the side of caution if they’re not labeled gluten-free); pancakes, waffles, crepes, and similar breakfast foods; breading and coating mixes; croutons; sauces and gravies that use flour as a thickener or those made with soy sauce or roux; flour tortillas; beer and malt beverages; brewer’s yeast.

Oats are technically gluten-free but they’re often processed in facilities that also process gluten-rich foods like wheat and barley. So when choosing oats, go for those that are certified gluten-free.

Looking for a snack option? Gluten-free chips are available in Healthy Options. And, of course, you should round out your diet with whole foods like fruits, vegetables, meat, and fish.

If you're looking for a delicious assortment of freshly-baked gluten-free breads and pastries, you'll want to visit the newly opened Baking Therapy by Healthy Options at Uptown Mall, BGC.

What You Need To Know About Intermittent Fasting For Weight Loss

Probiotic Skin-Care Products: Are They Worth The Hype?

Top 5 Vegetables to Add to Your Diet
back to articles