Looking to replace the usual grains in your diet? Try looking to the past: Ancient grains, or grains and pseudo-cereals that have remained largely unchanged over centuries, contain plenty of nutrients and offer a host of benefits. Below are three ancient grains that you can easily get from Healthy Options: 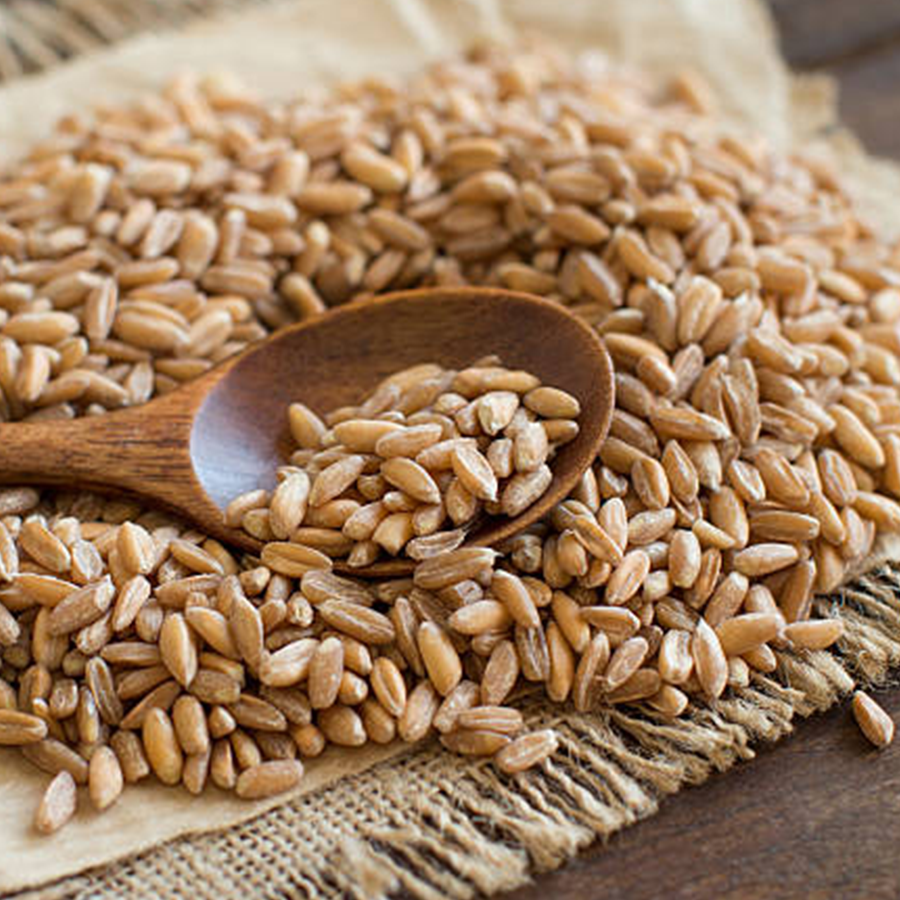 Buckwheat is often lumped together with whole grains because it’s somewhat similar to quinoa in terms of the way it’s cultivated. But the pseudo-cereal is technically a seed that comes from a flowering plant. There is varying information on its origins but it’s clear that buckwheat has been around for thousands of years, used in cuisines from Asia to Eastern Europe to the Middle East.

While buckwheat is mainly a carb, it does have a higher protein content than most grains. Its nutritional value is also higher than that of most grains, with lots of Vitamin B and minerals like magnesium and iron. Because of its nutritional content, buckwheat has a number of benefits, such as:

It may help prevent diabetes. Compared to grains, buckwheat has a lower glycemic index which means it doesn’t cause a spike in blood sugar and is instead absorbed slowly, providing a steady supply of energy and helping keep blood sugar levels in check.

It may lower cholesterol. A study published in the Tohoku Journal of Experimental Medicine found that consuming buckwheat cookies over the duration of the study lowered the cholesterol of participants.

It fights free radicals. Buckwheat contains antioxidants, which fight free radicals that cause oxidative stress, damaging cells in the body, speeding up aging, and leading to diseases.

It’s good for digestive health. With six grams of fiber for every one cup of serving, buckwheat helps make you feel full and can help keep your digestive system healthy. Studies suggest that fermented buckwheat products can keep harmful bacteria at bay.

It’s gluten-free! Even though its name suggests otherwise, buckwheat does not contain any wheat, or any gluten for that matter. Thus, it’s a great option for those who have celiac disease or are intolerant or allergic to gluten. You can have your carb fill without the digestive issues (like bloating and diarrhea) that come with grains.

Sorghum is a cereal grain that comes in different colors, like white, yellow, bronze, brown, red, and purple. Though you’ve probably never heard of it before, it’s popular in Africa and some parts of Asia. The earliest traces of sorghum were found near Egypt and dates back 8,000 years. It stands up to heat well, which enables the crop to survive during droughts.

Sorghum is loaded with nutrients such as protein, fiber, Vitamin B, iron, and manganese. It’s similar to raw oats with the added advantage of being gluten-free. Its health benefits are similar to those of buckwheat:

It’s good for digestive health. Unlike many grains, sorghum has an edible hull, which means it retains a lot of its nutrients—including fiber—when it’s processed. It also has a low glycemic index (GI), which means it’s released slowly into the bloodstream, preventing cravings as well as the crash that comes with high-GI foods.

It’s a good source of antioxidants. Sorghum has tannins, phenolic acids, and anthocyanins, among other components that help fight free radicals and inflammation which leads to diseases. Black sorghum in particular has been found to be a high-antioxidant food, according to a study published in the Journal of Agricultural Food Chemistry.

It’s gluten-free. Like buckwheat, sorghum contains no gluten so it’s great for those with celiac disease.

You can cook sorghum like rice or mix it in with your salad. You can also use sorghum flour in place of wheat flour in recipes. Want a healthy snack? You can pop sorghum like popcorn! (Just note that it comes out smaller than popcorn.)

Farro, called emmer in some places, is a type of wheat grain, so unlike buckwheat and sorghum, it does contain gluten (albeit in lower amounts than other grains). It’s used in Mediterranean and Middle Eastern cuisine and is becoming more popular in Italy, where it’s used to make semolina flour, thought by some to make the best pasta.

This whole grain also has loads of vitamins and minerals and the following health benefits:

It’s good for the heart and the digestive system. With about seven to eight grams of fiber per half-cup, farro helps safeguard heart and digestive health.

It reduces inflammation. Farro contains a compound called cyanogenic glucosides, which may reduce inflammation as well as have a positive effect on the immune system.

It’s a good source of plant-based protein. It contains about the same amount of protein as legumes and beans.

You can cook farro like rice, mix it with salads, or make like the Italians and use it to make fresh pasta!

There are so many ways to prepare and enjoy buckwheat, sorghum, and farro. Aside from the nutritional value of ancient grains, their versatility is a great reason why ancient grains should be included in your diet.

Essential Oils to Add to Your Skin Care

Can Hair Dye Cause Hair Loss?

How to Overcome Jet Lag Naturally

What's Inside Your All-Natural First Aid Kit
back to articles