Soy sauce is a mainstay in Asian cooking. The dark, salty liquid is so popular because it makes dishes much more flavorful. In the Philippines, it’s used as a marinade for liempo, mixed with vinegar to stew adobo, and placed in little saucers as a dipping sauce for crispy pata. In China, it’s splashed into everything from stir-fries to sauces to noodles. In Japan, traditional soy sauce is used as a dipping sauce for sushi. There’s even a soy sauce-based ramen broth. 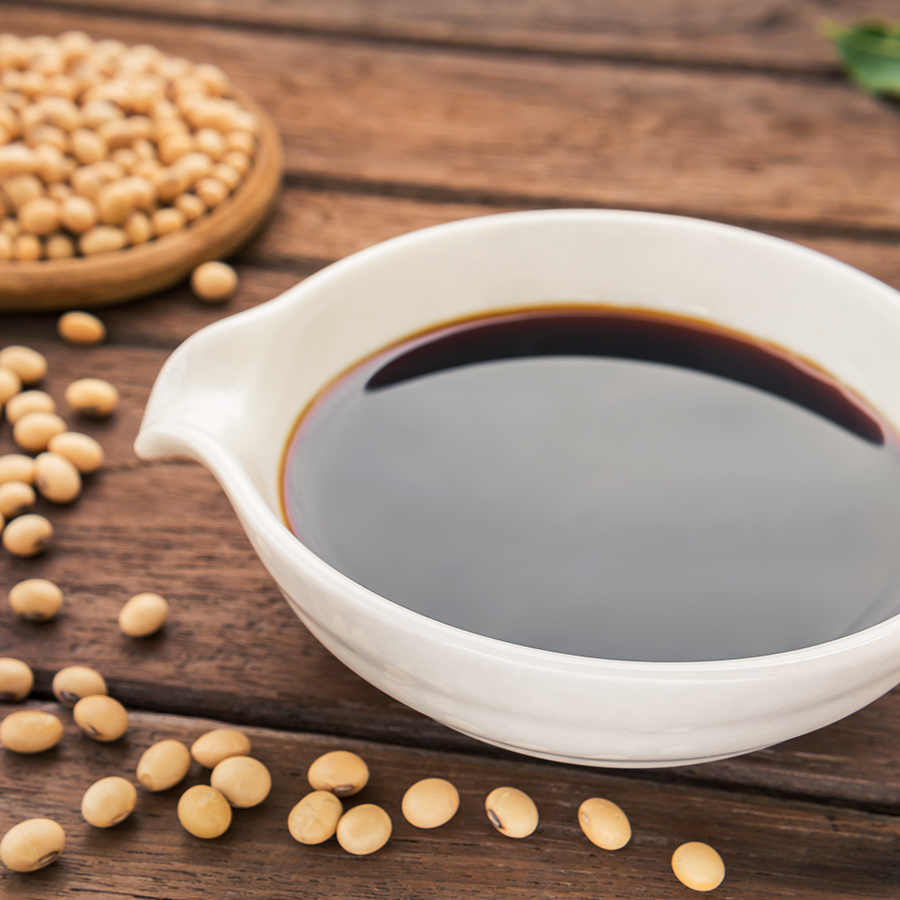 What Is Soy Sauce?

Soy sauce is a condiment whose main ingredients are soybean, wheat, salt, and a fermenting agent like mold or yeast. It originated in China and is popular as a cooking ingredient and dipping sauce in many parts of Asia, including the Philippines.

The traditional method of making soy sauce takes months: Soybeans and wheat are crushed and blended together, mixed with water, and boiled. Mold or yeast is then added, then the mixture is transferred to fermentation tasks. More water and salt are added and the liquid is allowed to ferment for months. After fermentation, the mixture is filtered and the liquid pasteurized.

Since the process takes a long time, a chemical process called hydrolysis is used to produce commercial soy sauce. But while the chemical process cuts down on time and cost of production, the resulting soy sauce is inferior to traditional soy sauce. This means other ingredients, like more salt, are added to improve the flavor, color, and aroma.

Soy sauce can contain up to 1,000 mg of sodium per tablespoon. For such a small serving, that’s a huge percentage of the U.S. recommended daily allowance of no more than 2,300 mg. Why does this matter? Studies suggest that consuming too much sodium is linked to certain medical conditions. A review published in the Journal of Hypertension found that studies consistently suggested that increasing dietary salt leads to increased blood pressure. A study published in Advances in Nutrition and Cancer says evidence supports the possibility of reducing the risk of gastric cancer by reducing salt intake. And another study published in the new England Journal of Medicine found that 1.65 million deaths from cardiovascular causes in 2010 were attributed to overconsumption of sodium.

Aside from containing high amounts of salt, soy sauce also contains wheat, which may cause problems for those who are gluten-intolerant.

This doesn’t mean you have to cut out soy sauce completely. You can still enjoy soy sauce with a well-balanced diet that is low in sodium. You can also consider healthier alternatives to soy sauce.

Some other condiments that can give you the salty kick of soy sauce with less of the sodium are:

Coconut Aminos. Coconut aminos is made of the naturally fermented sap of unopened blossoms of the coconut tree mixed with some salt. It looks similar to soy sauce but has a sweeter flavor profile. It has about half the sodium content of commercial soy sauce. Because it’s not made with wheat, it’s also gluten-free. While it’s said to have health benefits, the University of California Berkley states that there haven’t been any studies conducted on coconut aminos. Choose it over soy sauce for its sodium content, not for other purported health benefits.

Shoyu. Shoyu is Japanese soy sauce made the traditional way. There are five types of shoyu, classified according to their ingredients and method of production: koi kuchi shoyu (which accounts for about 80% of Japanese shoyu), usu kuchi shoyu (saltier and sweeter than koi kuchi), sai shikomi shoyu (also called kanro shoyu, or sweet soy sauce), shiro shoyu (a light-colored soy sauce whose main ingredient is wheat and thus has a high sugar content), and tamari.

Tamari. Tamari is a type of Japanese soy sauce that’s a by-product of miso as it matures. The main difference between tamari and commercial soy sauce is that it uses little to no wheat, making it a gluten-free soy sauce. (Check the label to make sure it has no wheat.) It has a richer, less salty taste and less sodium than soy sauce.

Lower Sodium Soy Sauce. Check your favorite brands if they carry a version with less salt. Low sodium soy sauce typically has about half the sodium content of regular soy sauce.

Why You Should Exfoliate and Moisturize Your Skin
back to articles