Salt: Civilizations were established around it, wars were waged because of it, and a number of English idioms (“worth one’s salt,” “salt of the earth,” “above the salt”) reference it and its value. Before refrigeration was invented, salt was crucial for preservation, allowing food to be stored through the changing seasons and to be transported across long distances.

These days, salt is still an important commodity, used to preserve, season, and even clean. It’s cheap and accessible, one of the pantry essentials that are readily available in stores. But while centuries ago, the problem was that it was difficult to obtain, today it seems that the problem is overabundance—with so many types of salt in the market, which one should you choose? And should you heed the warning of health organizations to limit your salt intake? 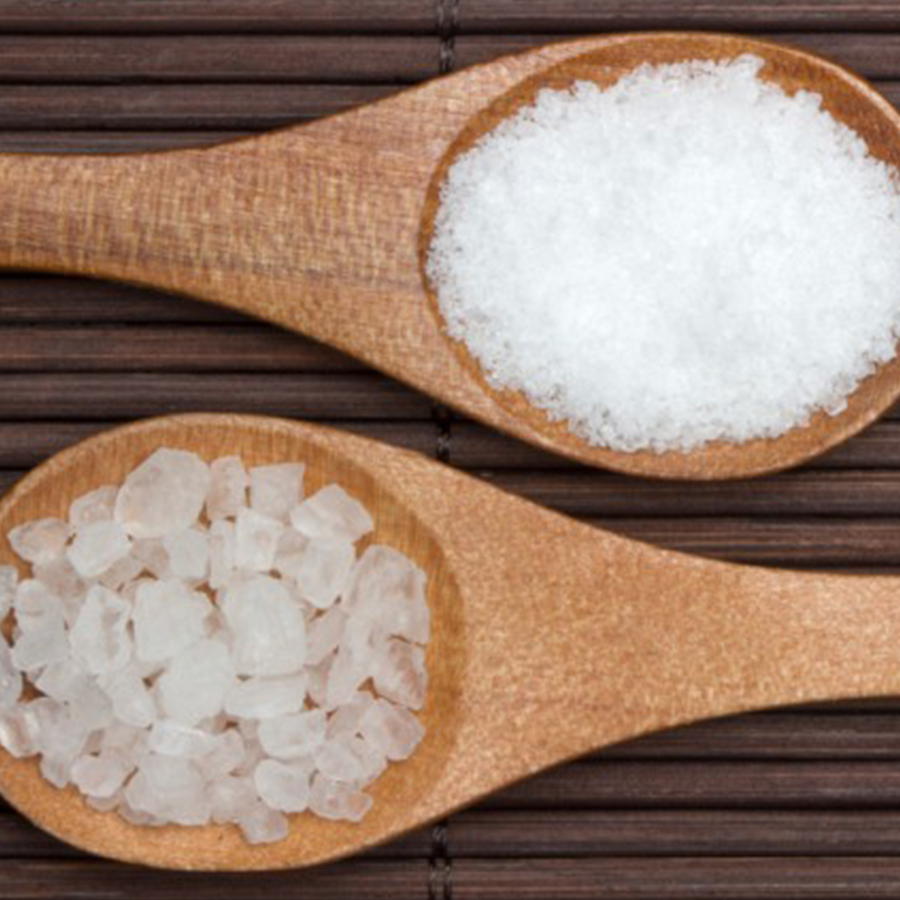 Salt is a compound made up of sodium and chloride. There are two main types of salt: sea salt and table salt. The two types of salt are harvested in different ways.

Sea salt, as its name suggests, comes from a body of water. Once the liquid evaporates, it leaves behind the salt along with traces of some minerals like magnesium, potassium, and calcium.

On the other hand, table salt is harvested from salt mines. It is processed to give it its fine texture, losing some minerals along the way. Iodine is often added to table salt as are some chemicals to prevent it from clumping.

Because sea salt is more “natural,” some believe it to be the healthier choice over table salt. However, from a nutritional standpoint, sea salt and table salt are not that different; they contain roughly the same amount of sodium. Others believe that minerals add to the benefits of sea salt. These, too, don’t make much of a difference when it comes to salt’s nutritional profile. The amount of minerals present in sea salt is negligible and can easily be replaced with minerals from whole foods.

When choosing between sea salt and table salt, choosing the more “natural” types of salt is that you avoid additives and anti-caking agents that are often added to regular table salt. It’s also about the texture and flavor. Chefs tend to favor sea salt over table salt because of its crunchy, coarse texture and stronger flavor. If you’re looking to elevate your dishes in a subtle way, then sea salt is the way to go.

To Cut Back or Not to Cut Back?

Our bodies need salt to function properly. The sodium and chloride components each play a role: Sodium is necessary for nerve and muscle function as well as the regulation of fluids and blood pressure. Chloride regulates blood pH and blood pressure, and helps in the production of stomach acid.

But what happens when you get too much salt? According to the Harvard Medical School, kidneys get rid of the excess by making more urine. If this doesn’t cut it, the sodium pools in the liquid between cells, increasing fluids in the body, and ultimately making the heart work harder and putting more pressure on blood vessels. Overworking these organs may lead to hypertension, heart failure, and kidney problems, among other health issues.

For years, health authorities have been warning the general public to cut back on salt, linking too much salt to hypertension and other health problems. But despite the numerous studies that have been done, some reviews (including one published in The Cochrane Database of Systematic Reviews) have found no irrefutable evidence linking the reduction of salt intake to the reduction of the risk of heart attacks, strokes, or death.

As the Harvard Medical School points out, “Hundreds of studies have looked at the connections between salt intake and blood pressure, heart disease, stroke, and mortality. In general, they show that cutting back on salt lowers blood pressure and reduces the chances of having a heart attack or stroke. The trouble with these studies is that virtually everyone has flaws, which are pointed out immediately by those who disagree with the study’s conclusions. They are too short, too small, not like the real world, or influenced by factors other than sodium.”

Instead, they suggest that it should be addressed on a case-to-case basis as there is no one-size-fits-all approach to salt intake. Based on one of the more reliable research trials, they do recommend that a low-sodium diet is generally good for people:

Sodium intake in these cases should be limited to about 2,300-2,400 mg a day. Those with heart failure or kidney disease are advised to cut it down further to 2,000 mg a day.

No major health issues? Still a long way from 50? Drastically cutting back on salt may not have a major effect on your health but it may help wean you from the flavor, making it easier for you in the long run. Just keep in mind that cutting back on salt isn’t the be-all and end-all of good health. A diet rich in whole foods will do much more for your health than scaling back on salt would. Avoid processed food (which hides a lot of sodium) and instead opt for a diet rich in fruits, vegetables, low-fat dairy, grains, beans, and lean meat. If you need a flavor boost, a dash of sea salt might do the trick. You can get a trusted brand from Healthy Options, which carries a wide array of natural and organic products in the Philippines.

Quick and Easy Steps to Detox Your Skin

How Much Should Your Child Be Eating?
back to articles