Choosing a sunscreen can get very confusing. Not only do you have to determine if you should choose a chemical sunscreen or a mineral one, but you also have to figure out the difference between nano and non-nano sunscreens. Which one provides the best protection without adverse effects? 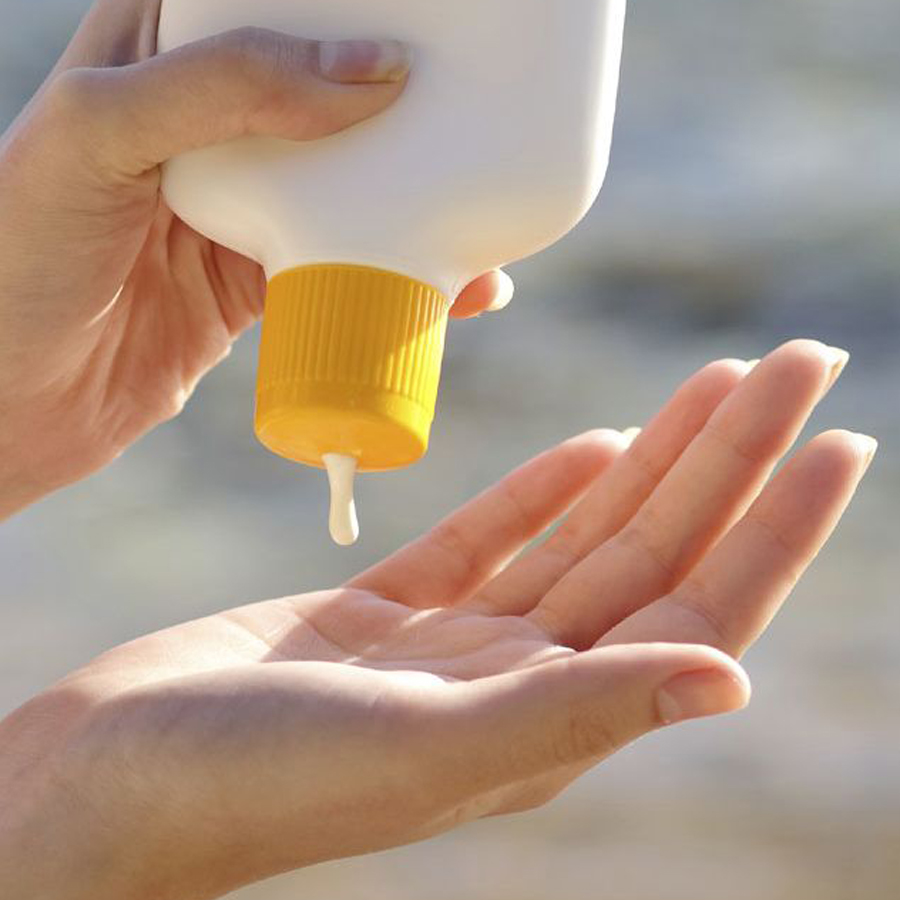 The Story of Sunscreen

Imagine a lifeguard in the 1980s and you might picture one with a strip of white on his nose. This white residue is from old-school sun protection made of zinc oxide and/or titanium dioxide. These agents keep your skin from getting sunburned by reflecting the sun’s rays, much like a white wall reflects light. The problem with this type of sunscreen is that it’s cakey, and people don’t like the white residue it leaves behind.

Enter chemical sunscreens, made up of chemicals like oxybenzone, avobenzone, and octinoxate. These sunscreens effectively shield your skin from the sun’s rays without the icky white residue. But some of these chemicals have been shown to be harsh on skin, not to mention the environment, particularly on coral reefs.

Sunscreen has thus come full circle, going back to its roots. Zinc oxide and titanium dioxide are once again superstar ingredients, but the old standbys have been given a new hook. They’re now touted as mineral sunscreens—gentler on skin with no noted harmful effects on the environment.

What Are Nano Sunscreens?

Nano sunscreens are those containing zinc oxide and titanium dioxide that have been broken down into nanoparticles. The sunscreens of old were made up of big particles that made them effectively reflect ultraviolet rays. Nanoparticles are much smaller (a nanometer is one-billionth of a meter) and behave differently—even when they clump together, they still appear transparent on skin.

This seems like a good thing, since you get the desired sun protection without the residue. But there is some concern over nanotechnology and its effects on overall health. Nanoparticles seem amazing but are they safe?

The Environmental Working Group (EWG) states that nanoparticles are dangerous when inhaled and could cause lung damage. The International Agency for Research on Carcinogens seems to second this, as it classifies titanium oxide as a possible carcinogen when inhaled in large doses. There is also some concern over titanium or zinc being absorbed by the body from the skin’s surface. For this reason, there is some concern over nano sunscreens.

There is also some concern about what happens once you put titanium or zinc on your skin. Do they get absorbed into the body? Some studies have shown that they don’t. The Australian Therapeutic Goods Administration, in its analysis of the available scientific literature on zinc oxide and titanium dioxide and their effects on skin, stated, “To date, the current weight of evidence suggests that titanium dioxide and zinc oxide nanoparticles (commonly used sunscreen active ingredients) do not reach viable skin cells; rather, they remain on the surface of the skin and in the outer layer of the skin that is composed of non-viable cells.

If you’re still feeling a little iffy about nano sunscreens, you may want to try non-nano sunscreens. But a caveat: There are still plenty of gray areas when it comes to nanoparticles, particularly what exactly counts as a nanoparticle.

There is, after all, no standard particle size when ingredients are broken down, making it difficult to classify something as nano or non-nano. There is also no strict regulation and no certifying body, so sunscreens labeled non-nano may be misleading.

What You Should Do

The benefits of using nano sunscreen far outweigh the possible risks. That being said, your best bet is to go for a sunscreen in lotion form, as spray sunscreens expose your lungs to nanoparticles, and this is where the proven risks lie. While you’re at it, avoid cosmetics like powders with nanoparticles that you may inhale.

As long as you make sure you don’t ingest any of it—this means keeping children’s hands away from their mouths when they have sunscreen on—you should be fine. In the end, it all boils down to whether you’re protected or not, and not the difference between nano or non-nano sunscreens.

Black, Brown, or Red? How to Choose Organic Rice