With the growing evidence that added sugar is damaging to health, more and more sugar alternatives are cropping up in the market. The latest sugar substitute superstar is monk fruit, a natural sweetener that has zero calories. Read on to find out why you should cut back on refined sugar, what the monk fruit benefits are, and how this sweetener stacks up against another natural sweetener, stevia. 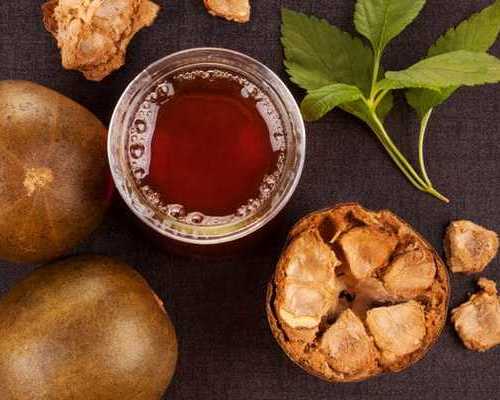 The Not-So-Sweet Side of Sugar

Lots of whole, healthy foods contain sugar. In fact, anything with carbs contains sugar, and that includes fruit, vegetables, grains, and dairy. When consumed from natural sources and in moderation, sugar isn’t the bad guy. In fact, it can supply you with a steady source of energy.

The problem arises when you consume too much added sugar, and given today’s typical diet of highly processed foods, it’s possible that you’re eating too much of it. Cookies, cakes, and other simple carbs are the obvious culprits, but there’s a sneaky source of added sugar: your beverages. A 12-ounce can of soda contains about 9 teaspoons of added sugar, the limit suggested by the American Heart Association. Milk tea? It can contain three times more than the recommended amount!

But what’s so bad about added sugar anyway? There’s the potential weight gain from the excess calories, which can lead to other health problems such as obesity and diabetes. Too much sugar can even lead to heart disease: A study published in JAMA Internal Medicine found a link between a high-sugar diet and a greater risk of dying from heart disease. On a less dire note, consuming excessive amounts of sugar can also lead to skin aging. It thus makes sense to look for other ways to sweeten your morning cup of coffee.

Monk fruit is emerging as a great natural alternative. The unique thing about monk fruit is that it doesn’t get its sweetness from its natural sugars but from antioxidants called mogrosides.

The sweetener is extracted from the small, round monk fruit, also called Buddha fruit. Native to Southeast Asia and long used in traditional medicine, it was only approved by the U.S. Food and Drug Administration as a sweetener in 2009. It contains zero calories and has a low glycemic index but it packs a powerful saccharine punch: It can be up to 250 times sweeter than refined sugar!

Replacing refined sugar with monk fruit or going for monk fruit-infused products has a number of pros:
• It has a low glycemic index and is thus generally safe for those with diabetes.
• It has zero carbs and zero calories, and can thus be used as a sweetener by those on a ketogenic diet.
• As a natural product, it doesn’t contain the sugar alcohols that synthetic sugar substitutes contain, so you don’t get the potential side effects—sugar alcohols aren’t properly broken down by our bodies and can thus lead to tummy troubles.

If there is any disadvantage to monk fruit, it’s that it has a fruity taste and doesn’t taste exactly like sugar—it’s a substitute, after all.

Stevia is similar to monk fruit in a number of ways: It also comes from a plant source, it’s also hundreds of times sweeter than table sugar, and it also has zero calories. The differences lie in the flavor (some say stevia has an unpleasant aftertaste, while monk fruit has a fruity flavor) and the side effects: Stevia may lead to gastrointestinal issues like bloating and nausea. Those who are allergic to the stevia plant should also steer clear of the sweetener.

When it comes to baking, any sugar substitute requires some experimentation as they’ll have varying effects on texture, volume, and baking time. Stevia may have a bit of an edge as it tolerates high temperatures better, though the texture still isn’t an exact copycat. Monk fruit doesn’t take well to heat so it’s best used for desserts that don’t require an oven such as panna cotta.

The choice boils down to preference. You can experiment with using monk fruit and stevia and see which one appeals to your taste buds more. Just take note that as these sugar alternatives are much sweeter than table sugar, you may have to adjust the amounts that you use. You can slowly introduce your sweetener of choice by first mixing it with the sugar that you’re used to, gradually increasing your natural substitute over time until you’ve weaned yourself off the refined stuff.

While monk fruit may be an acquired taste, the monk fruit benefits to your health are well worth the effort!

What are the Different Types of Non-Dairy and Plant-Based Milk?

7 Ways to Have a Memorable Valentine's Day in 2021

Health Benefits of Bananas
back to articles