Much has been said about the health risks of drinking soda, from type 2 diabetes to heart disease, but if you’re craving a fizzy drink, then homemade ginger ale may be the best option to quench your thirst. While ready-made ginger ale is available in the market, making your own gives you control over the ingredients—you can make sugar-free ginger ale, for example—and you’re thus better able to reap the ginger ale benefits. 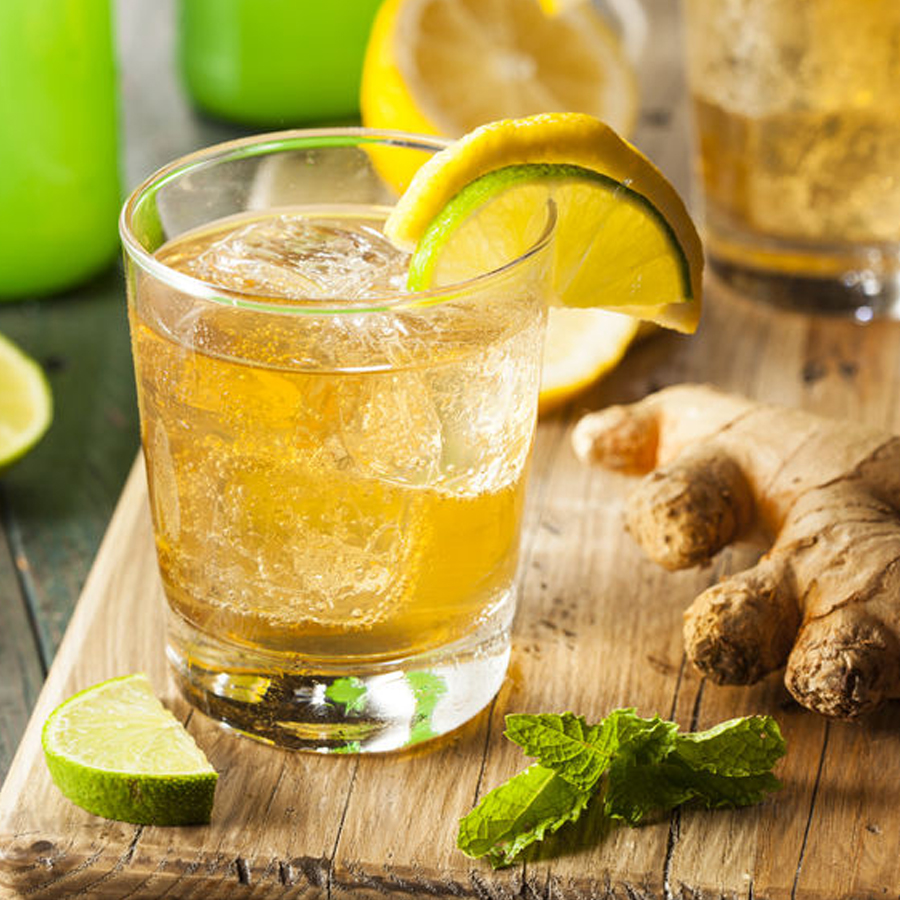 What is ginger ale?

Ginger ale is a ginger-flavored, non-alcoholic carbonated drink, which can be taken on its own or mixed with spirits. In fact, it was very popular in the U.S. during the Prohibition, used as a mixer for forbidden liquor.

The two types of ginger ale are the golden style, said to be created by Ireland-based American apothecary Thomas Cantrell around 1850, and dry (or pale), created by Canadian John McLaughlin in the early 1900s. Dry is paler, with a milder ginger flavor, and is the more popular type nowadays. Fermented versions are also known as ginger beer.

Ginger ale has long been used as an antiemetic (to alleviate nausea and vomiting) as well as a home remedy for coughs and sore throats. Ginger has itself been used as a treatment for a variety of ailments for thousands of years. Existing studies indicate that ginger offers a number of health benefits:

So, is drinking ginger ale good for you? The jury is still out as more studies need to be made, but the literature so far seems promising. Until more compelling evidence can be found, it’s best to enjoy ginger ale in moderation, and to opt for a natural or homemade version.

How to make homemade ginger ale

While ginger ale is commercially available, many mass-market brands use excessive amounts of sugar and ginger flavoring instead of the real thing. You can reap the ginger ale benefits by making your own. The easiest way to do this is by using ginger syrup and seltzer (soda water or carbonated water). You can get the recipe here.

If you prefer to use yeast, you can try this recipe. Note that the fermentation process produces a small amount of alcohol. If you want a naturally fermented ginger ale, Wellness Mama makes use of a cultured ginger mixer or a ginger bug and takes about two days to make. (She explains that the short brew method creates a fizzy soda without the alcohol.) And finally, if you’re watching your sugar intake, this sugar-free ginger ale might hit the spot.

It’s refreshing on its own, but you can also mix ginger ale with other ingredients to make a fun beverage. Mix up a classic Moscow mule using ginger ale, vodka, and lime juice. Serve up a mocktail that kids can enjoy by mixing ginger ale with peach syrup and mint, then spice up your own glass with some bourbon. Cheers!

How to Choose a Multivitamin for Your Child

Henna, Henna Cream, and Natural Hair Dye: Which One Is for You?

5 Ways to Declutter Your Mind
back to articles