Have you heard of Carob? Cocoa and chocolate has been a sweet sensation over the centuries. Carob is identical to Cocoa and native to the eastern Mediterranean area and has been cultivated for at least 4,000 years. Carob grows anywhere that citrus is grown, preferably where the climate is dry. These dark-brown pods are not only edible, but rich in sucrose and with a decent amount of protein. 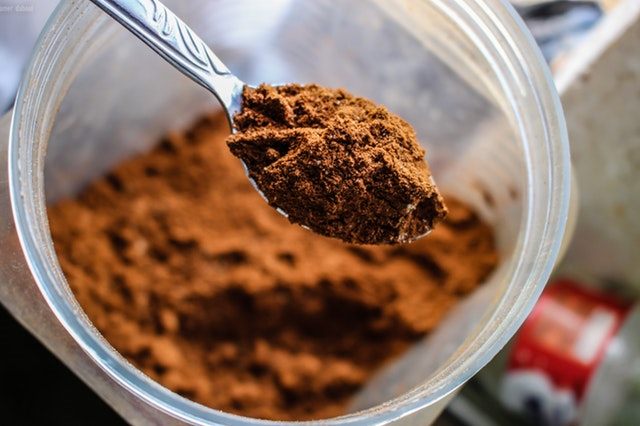 Carob is less bitter than chocolate and has a naturally sweet and creamy flavor. Although it doesn’t taste exactly like chocolate, carob pods are roasted and crushed into powder that tastes quite similar. With a chocolaty taste, carob pods have the added health benefits of being naturally low in fat, high calcium, fiber and with iron and B Vitamins. Plus it’s caffeine free for those especially sensitive to caffeine but want something chocolaty.

Did you know that Carob was called St. John’s bread or locust bean centuries ago? This is because the pods were once thought to have been the “locusts” that were eaten by John the Baptist in the Wilderness. Also, Carob seeds are extremely consistent in weight and size. They’re believed to have been the original scales for the ‘carat’ merchandised by jewelers.

• Unlike chocolate, carob does not contain the stimulants, theobromine or caffeine, which causes jittery feelings and sleeplessness for people who are sensitive to caffeine.

• There’s no need to dry and ferment carob unlike chocolate, which further minimizes contact with animals and insects. Meaning carob is not likely to be treated with pesticides.

• Cacao is a water-hungry plant that needs about 80 inches of rainfall every year. Regions close to the equator experiences drier conditions, making cacao a less sustainable crop in comparison to carob as water resources decline. Carob only requires roughly 20 inches of rain a year.

• Carob is much less labor intensive because of its own growing culture.

• Chocolate and carob both have significant antioxidant activity, but carob has three times more calcium. Trace minerals like iron and manganese are also found inside Carob.

• Celiac disease is a condition where gluten triggers the immune system to attack the small intestines. Carob powder is gluten-free.

Unfortunately, chocolate wins on taste because the bitterness found in it gives a stronger and more varied flavor profile. It does have fat too where people cannot resist. But Carob has an extinctive nutty flavor and would have great recipes! The nutty tones can give you great chocolaty non-chocolate recipes!

Try one of these gluten free carob powder recipes. It has a perfectly gooey center and a crackly crust. That yummy identical chocolate-y melts inside your mouth. You just need ½ cup gluten-free all-purpose flour with 6 tablespoons roasted carob powder, pinch of salt, 1 cup cane sugar and ½ cup unsalted butter. Prepare 2 large eggs with 1 teaspoon vanilla and 1 tablespoon gluten-free sugar together with other ingredients in a bowl. Scrape brownie mixture into baking pan and simmer for 25 minutes at 350 degrees Farenheight. Cool for at least 15 minutes after bake then serve.

How to get More Fiber in Your Diet

All About Chinese Cabbage from the Brassica Family

All-Natural Skincare Routine: Bath and Body Care
back to articles