Growing up, you likely only encountered a couple of kinds of cooking oil. But these days, with many people who are more health conscious and who have a better understanding of food, there are a host of different types of oils available in the market. Choosing the best oil isn’t just a matter of picking one that has a neutral or specific flavor. You also have to consider the smoke point and what you’re using the oil for, whether it’s for drizzling over a salad or for sautéing or deep-frying. 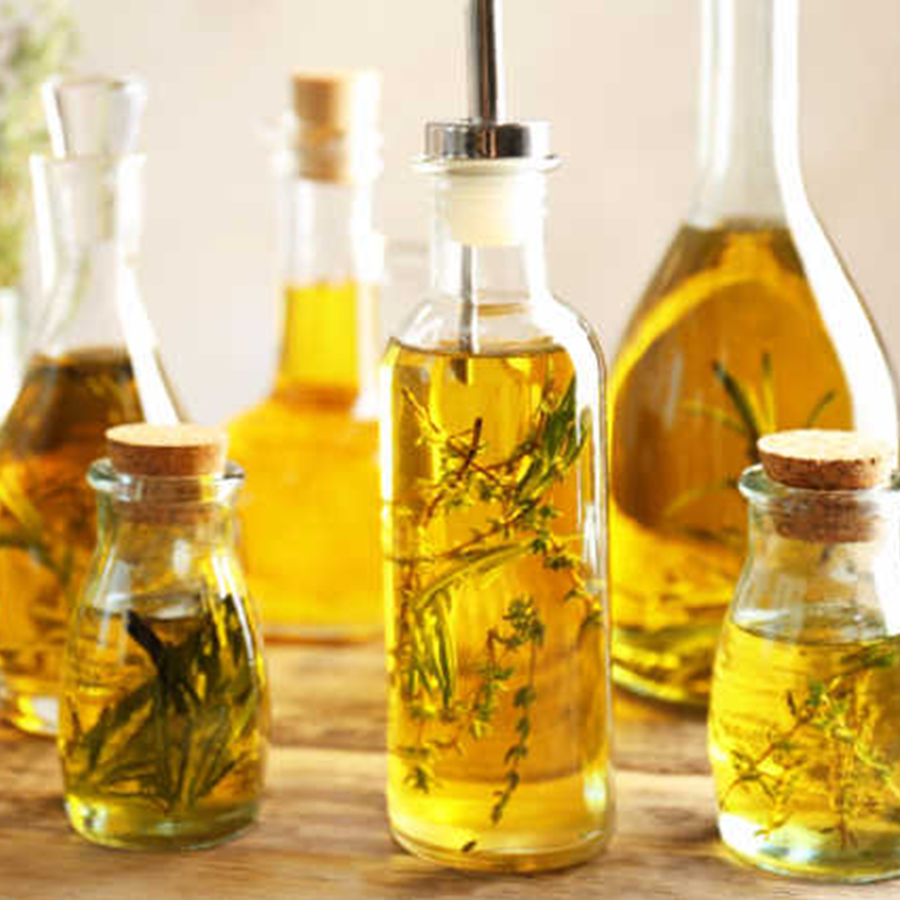 Why You Need Oil

Oil is a form of fat. There are a number of reasons it’s a pantry essential. First, it doesn’t bind with water; thus, when you fry something, the water molecules evaporate and are replaced by fat. This process has that lovely browning effect on your food. Second, it helps your food cook more evenly by forming a sort of barrier around what you’re cooking, allowing the inside to cook before the outside dries out. Third, it keeps food from sticking to the pan. And fourth, it can add flavor to your food.

Have you ever used an oil that ended up producing a pillar of smoke when you heated it up? This means that you used oil with a smoke point that was too low for your purpose.

Every type of oil has a smoke point (also known as a cooking oil’s burning point). Unrefined oils tend to have lower smoke points because they have a whole bunch of compounds that don’t get along well with heat. Refined oils go through processing that gets rid of these compounds and can thus withstand higher temperatures; this means that they have higher smoke points.

Apart from clouding up your kitchen, that smoke is a cause for concern because that means the oil is hot enough to burn your food and for its fat content to start breaking down and releasing free radicals (which can damage your cells when ingested). It also means your oil is in danger of reaching its flash point, which produces flammable gases. If you suspect that your oil has reached its smoke point, remove it from the heat. You might also want to cool it down and give it a taste to see if it’s still good enough to use.

What You Should Use

Cooking oils with the highest smoke points are the most versatile. Those with lower smoke points are best used for food that doesn’t require cooking or cooking at high temps. Some of the more popular oils are:

Canola oil. Many view canola oil as a healthy oil as it’s low in saturated fat. It also has a fairly high smoke point at 400F so it can be used for frying. It should be noted that canola oil may use GMOs (genetically modified organisms). If you’re wary, best to choose those that are certified non-GMO and/or organic or another type of oil.

Vegetable oil. Vegetable oil is a blanket term for oils that use a mix of plant ingredients to produce oil. It’s difficult to pinpoint the good and bad fat content of this type of oil as it is dependent on the ingredients. It has a neutral flavor and a high smoke point so it’s a versatile, inexpensive choice.

Coconut oil. As there are varying studies about its fat content and health benefits, best to use it sparingly and treat it as you would any other regular cooking oil. You can also use it as a substitute for butter and hydrogenated fats in baking, frying, or sautéing.

Some of the alternative cooking oils are:

Avocado oil. Avocado oil has a high smoke point, isn’t chemically processed, has a neutral flavor, and has some healthy components like heart-friendly fat and the antioxidant lutein.

Almond oil. This nutty oil is heart-healthy, is rich in antioxidants, and contains Vitamin E. Use it in dishes that require low temperatures to cook or to add an almond flavor to baked goods, dressings, and soups.

Peanut oil. This oil has a high smoke point and has heart-healthy fats but it does have a peanut taste. It’s great for stir-frying and deep-frying (if you don’t mind the peanut flavor) as well as for mixing with recipes that have a peanut or peanut butter component.

Sesame oil. Sesame oil has a very strong flavor so you can use just a small amount. It’s a great alternative to peanut oil if you have a nut allergy and, given its high smoke point, is a good option for frying.

Ready to update your pantry? Head to Healthy Options, the largest all-natural and organic health store in the Philippines, to choose the best oil for you.

Ancient Grains: Benefits of Kamut, Teff, and Amaranth in Your Diet

Know the Difference Between Synthetic and Organic Supplements

How to Overcome Jet Lag Naturally
back to articles