With the never-ending search for the best beauty products and treatments, age-old ingredients that were all but forgotten are now making a comeback. One of the latest to experience a renaissance is castor oil.

This ingredient was said to be one of Cleopatra’s beauty secrets. These days, it has found a fan in a modern-day beauty: Hollywood actress Charlize Theron, who uses castor oil for hair. In an interview, the blonde bombshell mentioned that she uses the product on her scalp and brows a couple of times a week and that her hair has gotten thicker as a result. 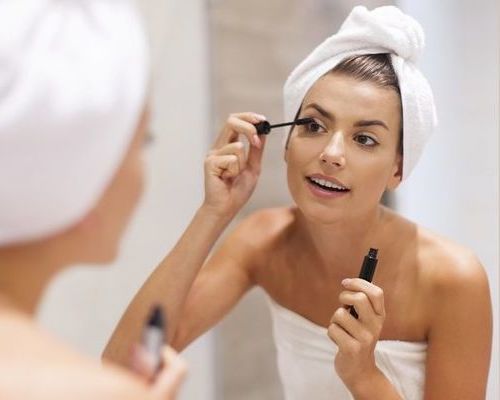 Castor oil is a vegetable oil pressed from the seeds of the Ricinus communis plant (also known as castor beans). It’s very pale yellow in color and has a distinct flavor and smell. Aside from being used in cosmetics, it’s also used in paints, dyes, brake fluid, and many other industrial products. It also has medicinal purposes—castor oil has long been used as a stimulant laxative, meaning it stimulates the movement of the muscles surrounding the digestive system.

Castor oil contains plenty of the fatty acid ricinoleic acid, which works as an emollient, a protective barrier, and a lubricant. Given these properties, it’s not surprising that castor oil has a number of benefits:

It moisturizes skin. Castor oil can lock in moisture in the skin, keeping dryness at bay. As such, it’s used as an ingredient in beauty products like lotions, and can even be used to treat skin on its own.

It has anti-inflammatory properties. While more human studies need to be done, castor oil shows a lot of promise as something that can reduce inflammation, say, from skin conditions like psoriasis and for those with severely dry skin. If you do have an existing skin condition, it would be advisable not to self-medicate; run it by your doctor first if you intend to give castor oil a try, as it may exacerbate some skin conditions like seborrheic dermatitis.

It may help with hair growth. Many people online swear by using castor hair for hair growth and castor oil for lashes as well as brows. One study published in the Journal of Cosmetic Science found that castor oil increases luster (or shine) but there have been no studies to support the Internet fandom. However, the idea that castor oil can promote hair growth isn’t far-fetched: The fatty acid found in castor oil is known to help in the production of the compound that stimulates hair growth.

Then there are its moisturizing properties: When castor oil is applied to the scalp, it can help get rid of dandruff, which may be causing blockages that prevent hair growth.

How to Use Castor Oil

When it comes to any kind of oil, a little goes a long way. As with any topical product, do a patch test first to see if your skin has any reaction. If you’re all clear, you can proceed with a small amount on your chosen area.

If you’re applying it on the scalp, place a few drops, rub, then spread from your roots to your strands. Using it for your lashes? Make sure they’re completely free of makeup, dip a cotton swab in a small amount of castor oil, then gently run it along your lash line. (The best time to do this is before you go to bed.) Then wash it off in the morning. If you feel any kind of irritation at all, wash it out immediately.

If you’re looking at castor oil as a potential treatment for tummy troubles, note that it’s not advisable for pregnant women as well as children 12 and under.

In an interview with the Washington Post, dermatologist Julie Russak and physician Bindiya Gandhi gave the following tips for buying castor oil:

Go for cold-pressed. Because cold-pressed oil is processed at a lower temperature, it tends to retain the properties—flavor, scent, nutritional value—of the source better than other methods.

Check the quality. When it comes to castor oil, the lighter the better. This reflects its purity. Also look for something thick and syrupy.

Get something in a glass bottle. Glass does a better job of preserving the oil than plastic; even better if it’s in a dark bottle, which can better block out the elements and keep your castor oil from going bad.

Look for a trustworthy source. Your castor oil can be as “natural” as possible, but if the source was grown the help of pesticides or processed in an unhygienic facility, then you may be getting some undesirable—even harmful—chemicals in there. Since you’ll be putting it on your skin or ingesting it, the safer bet is to go for an organic version.

You can find good-quality castor oil for sale at Healthy Options.

Sulfate-Free Shampoo: Why This Works for Colored Hair

5 Ways to Declutter Your Mind

4 Known Benefits of Using Organic Deodorant
back to articles