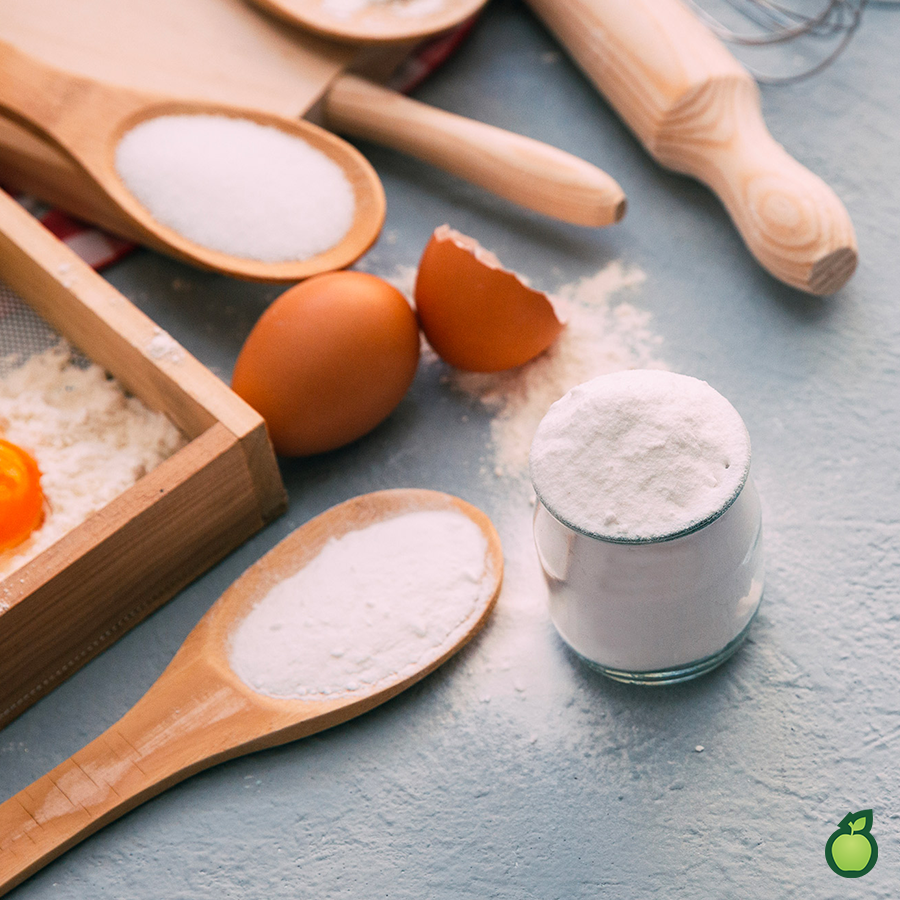 Are baking soda and baking powder the same?

Baking soda and baking powder are both leavening agents, which means they help baked goods rise. Baking soda is scientifically known as sodium bicarbonate, a chemical compound that has many uses. There are two parts to its name that hint at what it is: “baking” refers to its common use, while “soda” clues us in on its bubbly properties.

Baking soda is alkaline, and the way it fluffs up baked goods is by reacting with an acid, which can come in such forms as lemon juice, yogurt, buttermilk, or vinegar. Even the molasses found in brown sugar is an acid. As chemical reactions go, once baking soda combines with an acid, gas is released, forming bubbles and giving batter a lift.

Baking soda benefits go beyond making cakes and cookies, and extend to cleaning and beauty. The best uses for baking soda include removing odors from your fridge, sopping up spills from carpets or upholstery, unclogging a drain, and scrubbing greasy pots and pans. You can also use baking soda as a deodorant, teeth whitener, itch reliever, and even a facial scrub.

On the other hand, baking powder is made up of baking soda combined with acid. Most baking powder available in the market is double-acting and contains two acids: The first, monocalcium phosphate, reacts once it’s added to wet ingredients (i.e., your batter), releasing bubbles. The second, either sodium acid pyrophosphate or sodium aluminum sulfate, is only activated when it comes into contact with heat (when you put your bread or cookies in the oven). This works especially well for dough that you have to refrigerate prior to baking, for example, as all the bubbles aren’t released in the air right away, and your baked goods don’t fall flat.

Why do some recipes call for both baking soda and baking powder?

Thinking of experimenting with the amount of baking soda and baking powder in your recipes? Adding a bit more baking soda may make cookies a little more crisp, but keep in mind that even tiny tweaks can have a major effect on the taste. Remember that baking is all about balance.

How long do they keep?

Baking soda and baking powder generally have a shelf life of nine to 12 months. But you can easily test if the ones in your pantry are still potent: Put baking powder in some hot water, or baking soda in a mixture of hot water and vinegar. If it bubbles up and fizzes right away, then you’re good to go.

Strengthening Bones and Teeth with Supplements

When Do You Move Up to Stage 2 Baby Food?

What Should Be Inside Your Emergency Bag?

Myth Busted: Can Conditioners Cause Hair Loss?
back to articles