Just reading about the variety of ancient grains available in the market today will make you wonder why you’ve been going for the same old-same old for so long. Buckwheat, sorghum, farro, Kamut, teff, and amaranth are just some of the nutrition-packed ancient grains. In case you need further convincing of why ancient grains are good for you, we shine the spotlight on three more grains: millet, bulgur, and freekeh. 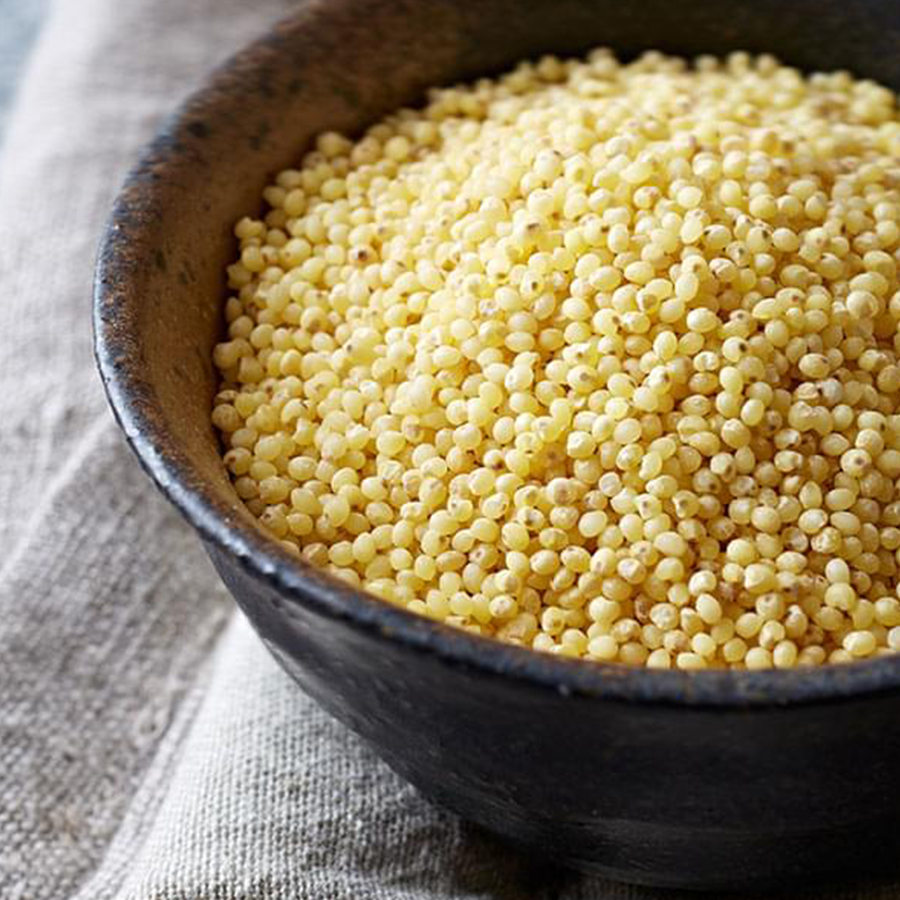 Millet has been cultivated in Asia for over 10,000 years and is thought to be the staple food in ancient times before rice came into the picture. It has a number of variants and, like many other ancient grains, has an impressive nutrient profile, and offers a number of health benefits:

It may lower blood sugar and cholesterol. In a study at Sri Venkateswara University in India, foxtail millet was found to significantly reduce blood glucose in normal rats, while lowering bad cholesterol in diabetic rats.

It contains high levels of antioxidants. A review in the Journal of Agricultural and Food Chemistry found that kodo, finger, foxtail, proso, pearl and little millets all showed high antioxidant activity.

A study published in the Indian Journal of Biochemistry and Biophysics confirmed high antioxidant activity and phenolic content in finger millet. Antioxidants fight free radicals that lead to aging and damage cells that lead to diseases.

It may be good for cardiovascular health. A Korean study published in Nutrition Research found that rats fed a high-fat diet and then given millet for four weeks had markedly lower triglycerides than those fed other grains.

Enjoy the mild, sweet flavor of this gluten-free grain by boiling it then adding it to any meal throughout the day.

If you’ve had the Middle Eastern salad called tabbouleh, then you’ve probably had bulgur. Bulgur in itself isn’t a plant—it comes from other grains, such as wheat. It’s similar to cracked wheat in that it’s also made up of ground-up wheat kernels, but the difference is that it’s parboiled. Some of the health benefits of whole grains like bulgur are:

It may be good for your heart. Bulgur has plenty of fiber which helps reduce inflammation and this improve cardiovascular health.

It’s good for your stomach. Bulgur’s fiber content likewise helps you maintain a healthy digestive system by promoting regular bowel movements and giving a feeling of fullness, which may help you maintain your weight.

It may be good for diabetic patients. A study published in the American Journal of Clinical Nutrition showed that bulgur, which ranks low on the glycemic index, leads to the slowest rise in glucose versus white bread, whole wheat bread, and rye bread, making it a potentially good addition to the diet of those who have diabetes.

Apart from these, bulgur contains manganese, magnesium, iron, and Vitamin B that support overall health. Those with a gluten allergy or intolerance should avoid bulgur though as the wheat product is not gluten-free.

Bulgur is precooked which means you can prep it in a cinch (much like dry pasta). You can eat it as a side dish, make a pilaf, or add it to salads.

Freekeh is like the smokier version of bulgur. It’s not an actual plant but is instead usually made using wheat that is harvested before it ripens and then is parched, roasted, and rubbed. It’s a whole grain that has an even better nutrient profile than quinoa, and is rich in protein, fiber, iron, zinc, and other nutrients. However, given that it comes from wheat, freekeh is not gluten-free. For those who can tolerate gluten, these are some of the health benefits of freekeh:

It may improve digestive health. Its high fiber content makes freekeh a stomach-friendly grain (that is, if you’re not allergic to gluten). A study conducted by CSIRO Health Sciences and Nutrition found that freekeh improved bowel health and may lower the risk of developing diseases related to the digestive system.

It may be good for those with diabetes. Another CSIRO study demonstrated a low insulin response from freekeh—not surprising considering its low glycemic index.

It may be good for eye health. Because of its lutein content, consuming freekeh might be good for your eyes. Research in the Annual Review of Nutrition suggests that lutein can be beneficial for eye health, beginning in utero all the way to age-related eye degeneration.

Serve it as a side dish, add it to soups or salads, or have it for breakfast, oatmeal-style.

Millet, bulgur, and freekeh are all available at Healthy Options.

Non-Wheat Pasta Is a Gluten-Free Alternative, But Is It Actually Healthier?