There’s more to grains than the usual oats and wheat. In this article, you’ll get to know about kamut, teff, and amaranth. Ancient grains are grains or pseudo-cereals that have remain largely unchanged over hundreds of years. 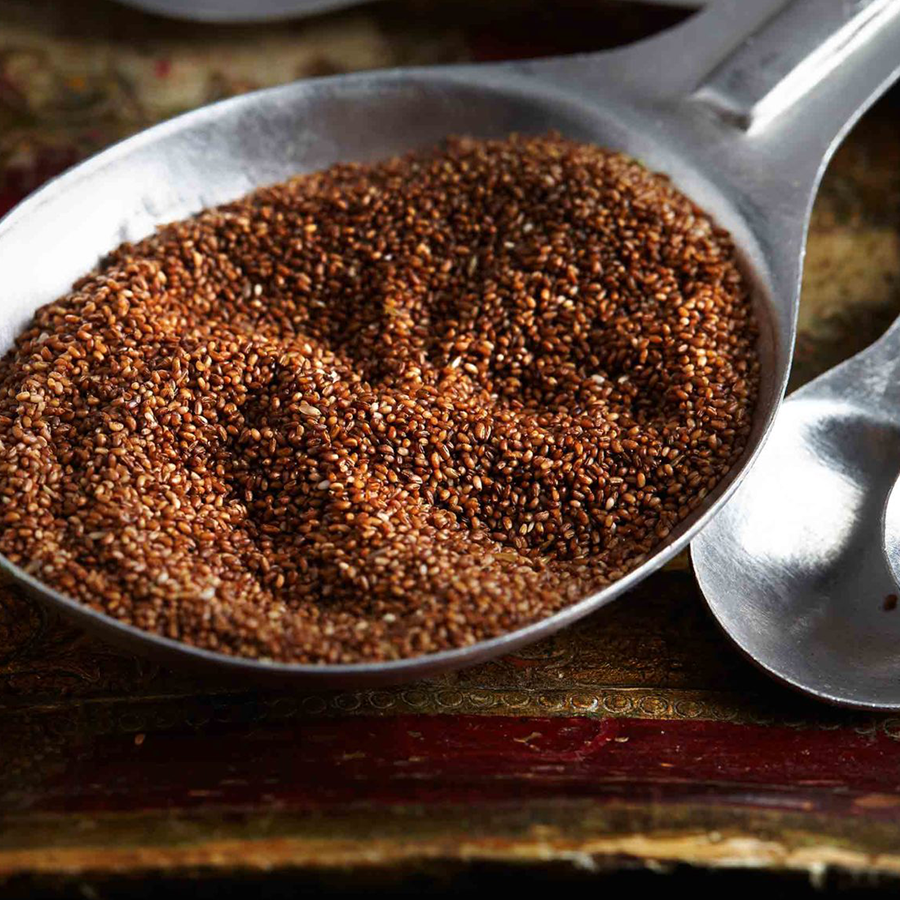 Kamut is the trademarked name of Khorasan wheat. Many myths surround its origins—from being found in a tomb of an ancient Egyptian pharaoh to being brought aboard Noah’s ark. It was probably produced in limited scales in parts of Asia and Africa before it reached U.S. shores in 1949. Two farmers from Montana named Bob and Mack Quinn started cultivating it in the ’70s and trademarked the name Kamut in 1990.

Kamut is twice the size of modern wheat and has a distinctive flavor that has been described as rich, nutty, and buttery. It’s also rich in nutrients, making it a great addition to your diet:

Compared to other grains, it has a higher protein content. Its high fiber content helps keep your digestive system healthy. It has the entire daily recommended allowance for manganese for women (78 percent for men) as well as the daily allowance for selenium, both antioxidants that protect you from free radicals. It also contains plenty of magnesium (which strengthens bones) and zinc (which boosts your immune system). It has also been reported that those who cannot tolerate the gluten in modern wheat can consume Kamut with no problems.

Although there haven’t been large-scale studies on the health benefits of Kamut, a small-scale study published in the European Journal of Clinical Nutrition shows that Kamut seems to reduce cholesterol and blood glucose and suggests that “a replacement diet with Kamut products could be effective in reducing metabolic risk factors, markers of both oxidative stress and inflammatory status.”

You can use Kamut as a rice replacement, boil it and use it in salads, or use raw Kamut grains to make porridge.

Teff (eragrostis tef) is a seed similar to quinoa but with much smaller seeds. It has its origins in Ethiopia. For something so tiny, it sure packs a nutrient punch, being rich in manganese and having moderate levels of thiamin, phosphorus, iron, magnesium, and zinc. It also has more lysine and phytochemicals than other grains.

A paper entitled “Teff: nutritional composition and health benefits” looked into its possible uses in the prevention of diabetes and how it can contribute to the prevention of iron deficiency, concluding: “Along with the possible health benefits in managing celiac disease, and a possible solution in preventing and controlling iron deficiency and diabetes, these all indicate the potential of teff to be a future global functional food for health promotion and disease prevention.”

Even if it isn’t backed by large-scale studies, teff has enough fiber, protein, and other good stuff to make it an excellent addition to your diet. You can enjoy this gluten-free grain in place of rice, in porridge topped with fruit, as a burger, or even in sweet treats like brownies and cookies.

Cultivated for 8,000 years and a staple food of the Aztecs, amaranth is technically not a true cereal grain like wheat and oats, but its nutrient profile and use makes it very similar to cereal grains.

Amaranth is rich in fiber, protein (it has a higher protein content than most grains), and micronutrients. Studies have shown some of the health benefits of this ancient grain: One study in Peru involved feeding children amaranth and concluded, “If amaranths were available at a reasonable cost, they could represent a major component of the diets of children in the developing world.”

Another study from the Institute of Nutrition of Central America and Panama at Guatemala suggests that the amaranth’s impressive protein content is nearly comparable to animal protein. And still another study done in Mexico reports that amaranth contains a lunasin-like peptide, which may have prevent inflammation and even cancer. Amaranth has also been shown to lower cholesterol, making it good for cardiovascular health.

Enjoy this gluten-free ancient grain as a porridge, mix it into soups or salads, or use it to make bread, muffins, and crackers. You can use it to substitute rice but make sure to use plenty of water. While it softens on the inside, it retains a sort of crunch on the outside (eating amaranth is akin to eating caviar).

To sum it all up, the nutritional value of ancient grains should be enough reason to add them to your diet. You can find these centuries-old grains at the nearest branch of Healthy Options.

Superfoods Your Heart Will Love

Milk Thistle: Uses, Benefits, and Effects
back to articles