Some see dandelions as nothing more than a pesky weed but as it turns out, this humble plant may have a number of amazing health benefits, from weight loss to liver detoxification. Long used in Native American, traditional Chinese, and traditional Arabic medicine, dandelions are now getting some attention from the scientific community. Researchers are studying the ways in which dandelions are good for health, and the results so far, though inconclusive, have been promising. 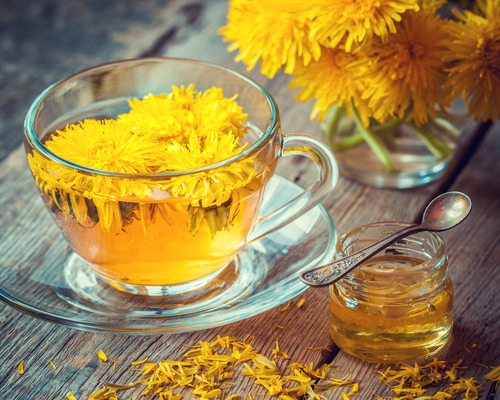 More Than a Weed

“Dandelion” is said to come from the French words meaning “lion’s tooth.” The plant produces a flowerhead with numerous yellow ray florets; in its seedhead form, dandelions have soft, white, cotton-like spikes instead of florets radiating from the center. Its leaves are green and hairless, and its stems contain a milky liquid that is slightly bitter.

Every part of the dandelion can be consumed: The flowers are used to make wines, the stems can be added to salads and even pasta dishes, and the leaves and roots can be turned into tea. These days, dandelions are also dried and used to make capsules and extracts.

As the plant is rich in Vitamin A, B, C, and D as well as iron, potassium, and zinc, it’s no surprise that it has long been used in traditional medicine. Some of the ailments it has been used for are fever, swelling, stomach problems, liver problems, and skin problems.

Many of the existing studies on dandelions have been conducted on animals or have produced inconclusive results, but early research suggests that the plant may have numerous health benefits:

1 May improve digestion. Dandelions have long been used in folk medicine to treat tummy troubles like constipation and it seems this isn’t unfounded. One 2011 animal study found that dandelion speeded up the rate in which food passes through the stomach, thereby improving digestion.

Aside from having hefty doses of vitamins and minerals, dandelions also have plenty of prebiotics, which can help keep your gut bacteria balanced, maintaining your digestive (and overall) health.

2 May help reduce cholesterol. Cholesterol can be bad for you because it can contribute to the fatty build-up in your arteries and increase your risk of heart disease and stroke. A 2010 study found that rabbits on a high-cholesterol diet responded positively to dandelion root and leaf. The study, published in the International Journal of Molecular Sciences, showed that dandelion lowered the cholesterol in said animals.

While inflammation is your body’s natural response to sickness or injury, chronic or excessive inflammation can cause permanent damage over time. Both a 2014 test tube study and a 2015 study on mice showed that the bioactive compounds in dandelions could effectively reduce inflammation.

4 Helps with liver detoxification. Your body depends on your liver to make bile, which is critical for digestion and fat absorption; to produce proteins for blood plasma; and to help get rid of waste. The liver is the biggest internal organ so damage to it may have far-reaching symptoms, from jaundice to abdominal pain to chronic fatigue.

A 2010 study found that dandelion slowed the progression of liver scarring on mice. A 2013 study, meanwhile, found that dandelion significantly suppressed lipid accumulation in the liver, making it a possible approach to preventing and treating non-alcoholic fatty liver disease. Further studies need to be done to determine its effectiveness on humans.

5 May help manage type 2 diabetes. Type 2 diabetes is a growing health issue worldwide, brought about by unhealthy diets. Many patients don’t have access to treatments mainly due to their unavailability in less developed countries or their prohibitive cost. A 2016 review in The Review of Diabetic Studies found that dandelions have anti-hyperglycemic, anti-oxidative, and anti-inflammatory properties, making it a key anti-diabetic plant. Current research is promising but more studies and human clinical trials have to be done in order to develop affordable and effective treatments from dandelions.

6 May aid in weight loss. Hand in hand with type 2 diabetes, obesity is another growing health concern worldwide. While there is no substitute for a healthy lifestyle, scientists are continuously looking for ways to address this problem. Limited research has found that dandelions may be a weight-loss aid. One study published in Food and Chemical Toxicology found that the compounds in dandelions seemed to improve body weight and obesity-related hormones in fat-fed mice. It remains to be seen whether the same results will be observed in humans.

Dandelions are generally safe to consume but make sure to consult with your doctor before taking any supplements, especially if you have existing health conditions.

Common Myths About Your Gut

Can You Use Apple Cider Vinegar as a Toner?

Organic Fruits and Veggies to Help You Age Gracefully

When Is Cholesterol Bad?
back to articles